The referee who will preside over the final match of the CAF Confederation Cup on Friday, which will be played between Orlando Pirates and RS Berkane, has been officially selected. 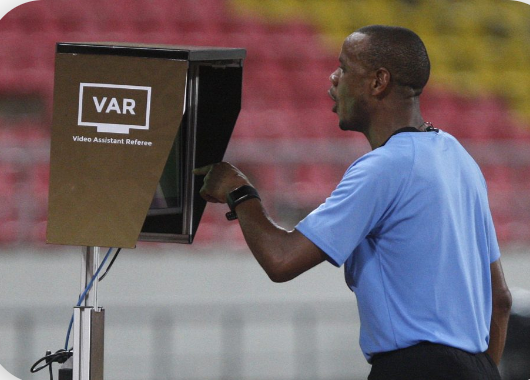 SIKAZWE WILL BE IN CHARGE OF THE FINAL OF THE PIRATES' CAFCC.

Janny Sikazwe, a referee from Zambia, will be in charge of officiating the CAF Confederation Cup final on Friday, which will be played between Orlando Pirates and RS Berkane of Morocco.

On Tuesday, the Zambian Football Association issued a statement confirming the news. According to the statement, Sikazwe will be assisted by two individuals from Mozambique and Angola. The first assistant will be Jerson Emiliano Dos Santos from Angola, and the second assistant will be Arsenio Chadreque Maringule from Angola.

Joshua Bondo, a referee from Botswana, will be in charge of officiating the match as the fourth official. Mahmoud Ashor, also from Egypt, will act as the Video Assistant Referee for the game, and fellow countrymen Mahmoud Abouelregal and Mahmoud Elbana will round up the video crew.

The official referee for the 2018 FIFA World Cup caused a stir during this year's African Cup of Nations when he blew his final whistle twice before full-time during a match between Mali and Tunisia. The incident garnered a lot of media attention.

He first put an end to the match in the 85th minute, but after realizing his error, the contest proceeded until the 89th minute, at which point he once again formally brought an end to the competition.

It was later discovered that Sikazwe had suffered from a heat stroke, with the referee declaring that "God instructed me to terminate the match" after the play was called off.

The final match of the CAF Confederation Cup will take place on Friday in the Godswill Akpabio Stadium in Uyo, Nigeria.