According to the Argentine forward, there are six teams that can prevent his team from winning this season's UEFA Champions League title. 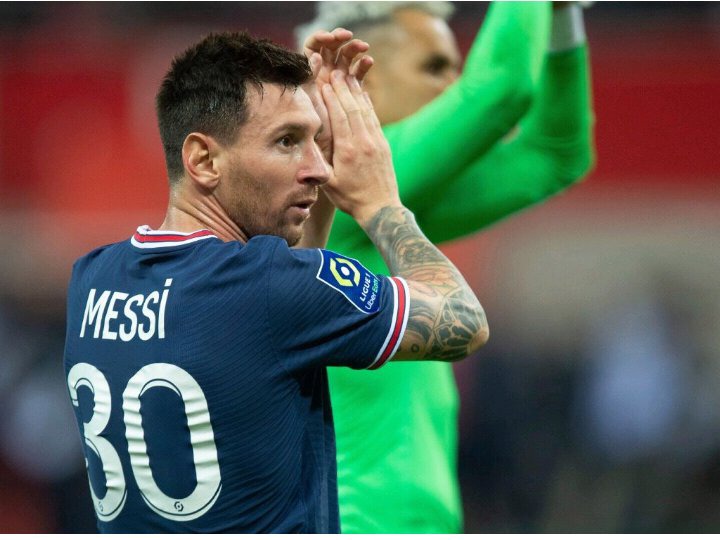 PSG can't win the Champions League this season, according to Lionel Messi. Chelsea, Manchester United, Manchester City, Real Madrid, Inter Milan, and Bayern Munich are among the teams that can prevent them from doing so.

Chelsea, Bayern Munich, Manchester United, City, Inter Milan, and Real Madrid, according to the 34-year-old, are one step ahead of PSG due to their combined expertise, as is Real Madrid.

On the other hand, Messi believes that PSG has excellent people, but that they must get to know one another well in order to become a cohesive unit and win key titles.

The fact that Lionel Messi did not want to leave Barcelona this summer is no secret.

After his contract with Catalonia expired, Lionel was forced to hunt for a new club because the club was unable to provide him a new agreement due to the club's financial predicament, despite the fact that everything had been agreed upon for a renewal.

According to the Argentinean star, he is "very thrilled" to be at Paris Saint-Germain and that he has no regrets about picking the Ligue 1 club as his new home.

Lionel Messi, 34, has had a tumultuous start to life in the French city, but after taking stock of his first two months, he says that making the decision to go to Paris was an easy one.

After been signed by Barcelona as a child, the striker's decision to join Paris Saint-Germain, particularly in the twilight of a career that was intended to be spent fully with the Catalan club, has presented difficulties.

Due to the demands of a busy summer with Argentina, followed by a flurry of international breaks in September and October, any patterns he may have established have been broken by the necessity of regaining full fitness.

Nonetheless, a goal against Manchester City in the Champions League late last month indicated that, while he may require further time to acclimate, his talent has not been lessened in the least.

Drop your comments on the comments box below