Pirates Reject Could Move To Europe Orlando Pirates parted ways with young midfielder Augustine Mahlonoko in which might have left many surprised as he is highly rated.

Mahlonoko became the club youngest player ever to make his debut in the Absa Premier League for Orlando Pirates at the age of 16. when he came in as a substitute with 11 minutes left.

Unfortunately, he did not manage to find regular game time at Pirates senior team. Mahlonoko this season was playing in the ABC Motsepe League after he was demoted to Pirates feeder team Pele-Pele FC. 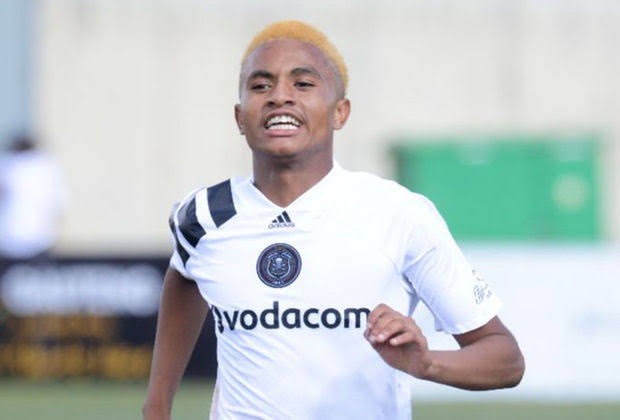 The 18-year-old has been linked with a move to Baroka FC and Maritzburg United. But Kickoff magazine revealed that the player has received an invitation for trials by Spanish giants Atletico Madrid.

This is after they spotted him at Gauteng U-17 Future Champs tournament, where International teams participated also and spotted his talent.

Mahlonoko was supposed to go for trials in May this year. But because of the travel restrictions due to coronavirus, he did not go, but now new arrangements have been made.

Keke Mokoena who is Mahlonoko agent refused to comment about the player trip to Spain.

At this moment, a cannot discuss my client's future as well as an invitation for trials in Spain. I will comment when the time is right, said Mokoena to Kickoff.com. Death And 7 Dangerous Things That Happens During Abortion