Guardiola and Klopp are currently the two managerial perfectionists. How do they do it?

By Steward (self media writer) | 3 months ago

Managing a football club must be one of the hardest employment in the world. A club and their manager has a week to prepare for weekend games while on some occasions, it is two or three days in case there are midweek fixtures. In all these preparation, the club loyal fans and club hierarchy expected good results day in and day out. Whenever things do not go according to their way or so to say going ‘south’; the media will be full of articles criticizing the decisions the manager took that led to defeat. 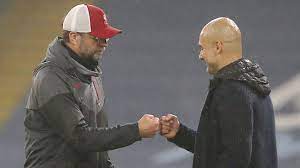 Beside the media, even the fans and employers will be setting ultimatum for the manager to start producing results that satisfy sponsors, fans and them as the owners. But, this is always impossible to achieve; no manager or club will win each and every game and title to satisfy everyone. This is due to the fact that, sometimes, the manager’s on form player(s) could get injured or suspended, players could be unhappy with their remuneration and do not give 100% work rate although this is deemed unprofessional or the manager receiving less budget to sign the players he want.

In the midst of all these managerial stress, there are few managers who always make the managerial post look easy to undertake. Managing genius such as Pep Guardiola, Jurgen Klopp, Thomas Tuchel, Julian Nagelsmann to mention a few, may even go a season having only lost once or twice and collecting maximum points day in and out. Some may say, it is because of the players they have or money available to sign world class players but that is not always the case. Klopp did not have chunk of money to spend, he just instilled his philosophies and get few players then he won games. 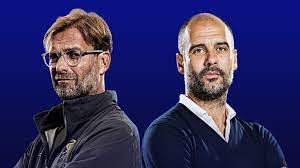 Quigue Setien failed to produce result during his tenure with Barcelona, Julen Lopetegui with Real Madrid, Louis Van Gaal with Manchester United and Ole Gunnar Solskjaer also with United; these are some managers who failed to gel their club to fruition despite having the material to produce results. 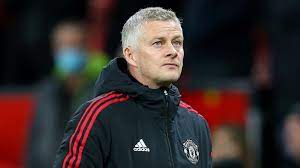 Therefore, credit should be given to those managers who give results in the toughest leagues while having average players and less squad to rotate. A good example will be Brendan Rogers of Leicester City, David Moyes of West Ham, Graham Potter of Brighton and Hove Albion and Thomas Frank of Brentford.

BEREAVEMENT : Three people were shot and killed in this part of KZN