By ScarcityNews (self media writer) | 13 days ago 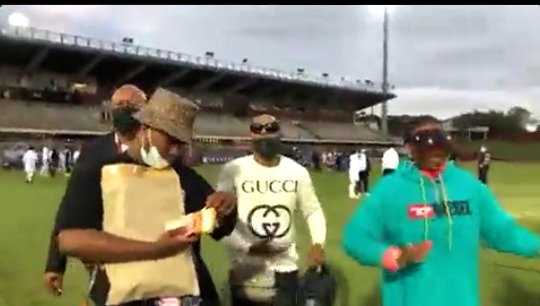 The Kwa-Zulu Natal Derby was in full effect this past Sunday as the DStv Premiership newbies Royal AM played against Maritzburg United at Chatsworth Stadium. This wasn’t an easy match for both sides, but it was a matter of which team wanted the three points badly. Royal AM didn’t disappoint as they made it four wins in a row, as they defeated Maritzburg by 2-1. They made sure that they collect the maximum points at home before traveling to face the wounded Marumo Gallants after the FIFA break. The Royal AM goals were scored by the deadly marksman Victor Letsoalo (71st minute) and then Mbhazima Rikhotso (94th minute). Then the Team of Choice did pull one back, thanks to the strike by Zulile Kewuti in the 85th minute. 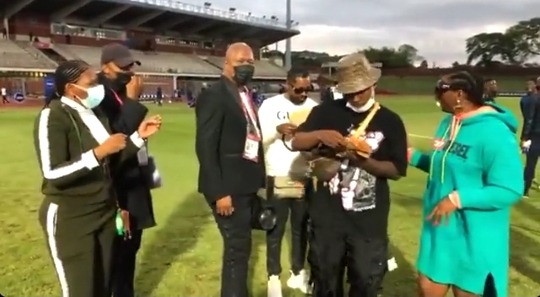 The Durban-based side has been on a roll, as they’ve quietly moved to third on the log standings, after six games, they were able to collect 12 points. With the way things are going at Royal AM, their owner Shawn Mkhize couldn’t hold her excitement alongside her son who’s also a chairman of the club Andile Mpisane. As they were seen whipping out a brown paper bag filled with Mandelas. This was another way of inspiring their players to keep up the good work. After everything that Mamkhize has been through before the start of the 2021/22 season, this was another joyous day for the “Spice People” [Royal AM] as they’re affectionally known by the public. 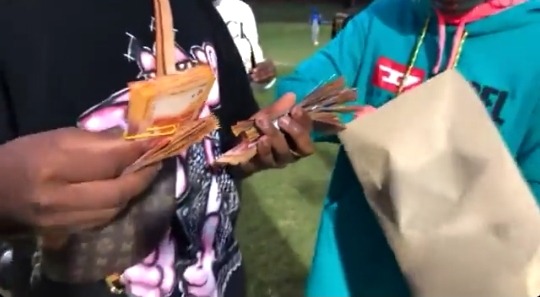 It seemed like the management decided to give players bonuses while they were still on the pitch. It was done through a Royal AM style and that’s in cash, as each stack had a player’s name attached to it. What has been impressive with John Maduka’s men is that they have a never-say-die attitude on each game. Even when they played Maritzburg, they had to fight until the last minute to get their winning goal during stoppage time. This was bragging rights for Mamkhize after she bought Bloemfontein Celtic’s PSL status to compete in the top league in Mzansi. 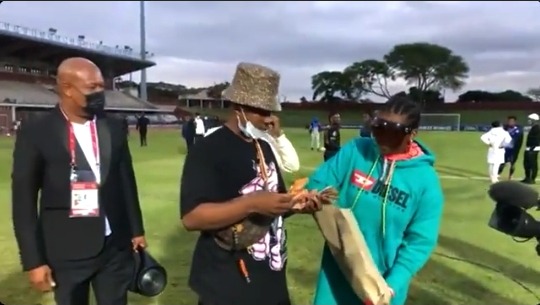