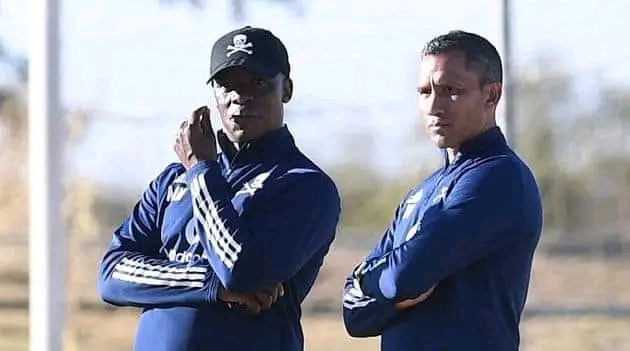 The Buccaneers were defeated by the Libyan side Al Ahli with 1-0 in the second leg of CAF confederation Cup semifinals.

However despite the loss, Pirates progressed to the next round of the tournament with 2-1 win in aggregate score.

Pirates conceded the goal in the dying minutes of the game after trying so hard not to concede.

The Ghanaian goalkeeper Ofori was visibly furious after his side conceded a late goal and failed to keep a clean sheet. 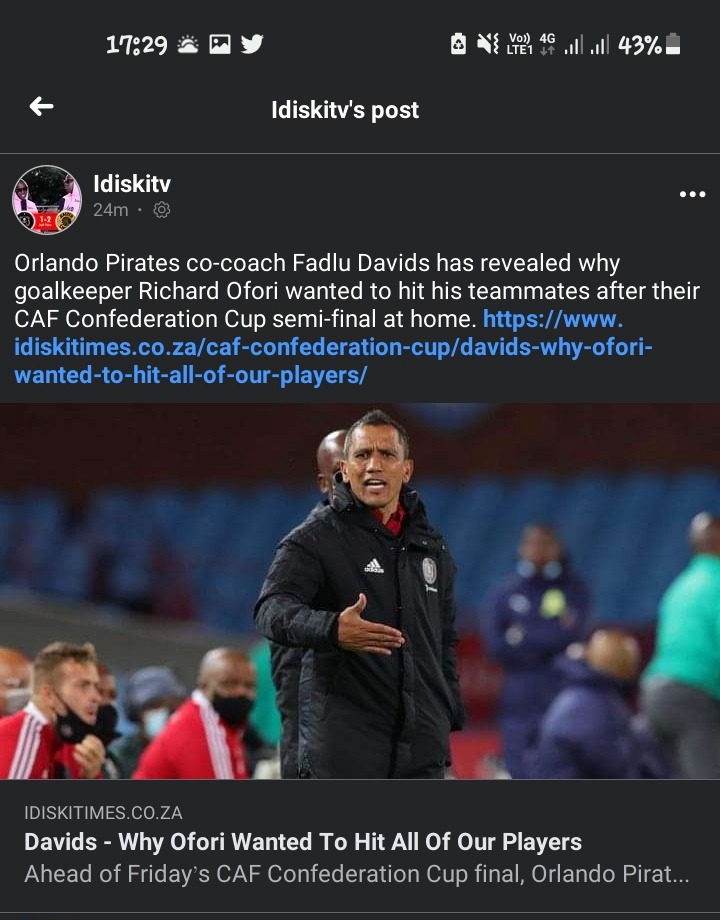 Speaking ahead of the final, Davids said the mood was good for his side after qualifying for the finals but has insisted that they should not celebrate by reaching the finals but winning it.

"We made the final by losing 1-0. We came into the changing room and there were mixed emotions, Ofori wanted to hit all of our players in that moment," said the coach.

The coach added that they had to calm Ofori down because they conceded a goal.

Davids added that goalkeepers do not like conceding goals, hence Ofori was furious. 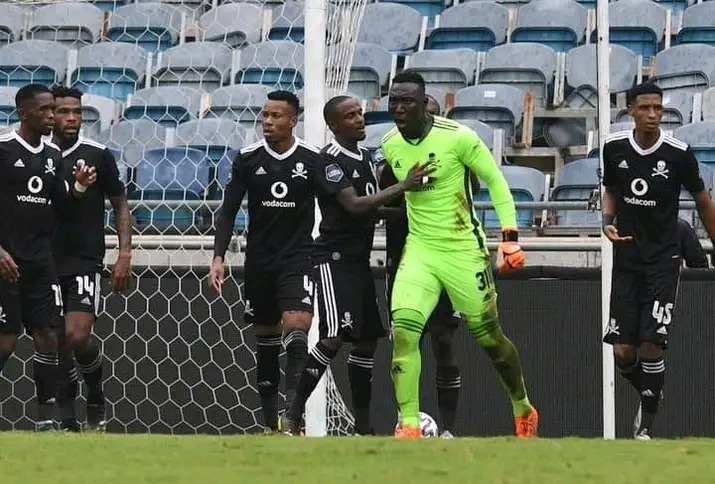 The coach said after the game the mood was good but has insisted that there were not too much of celebrations because they know the importance of winning the finals.