In the world of athleticism footballers are counted among the most passionate. That passion can be driven by many factors such as the need to become the best, which guarantees goid financial gains.

Top footballers are counted among the highest earning professionals, to reach that level one need to maintain great physical as well as mental fitness. Many aspiring footballers are giving up their dreams of playing professional one day due to different conditions which renders them unfit to play football and at risk if they do so.

But, there had been players in the past, while others are still playing who manages to turn their dreams into reality and made a name for themselves despite their conditions. Let's learn who thise extra ordinary men are. 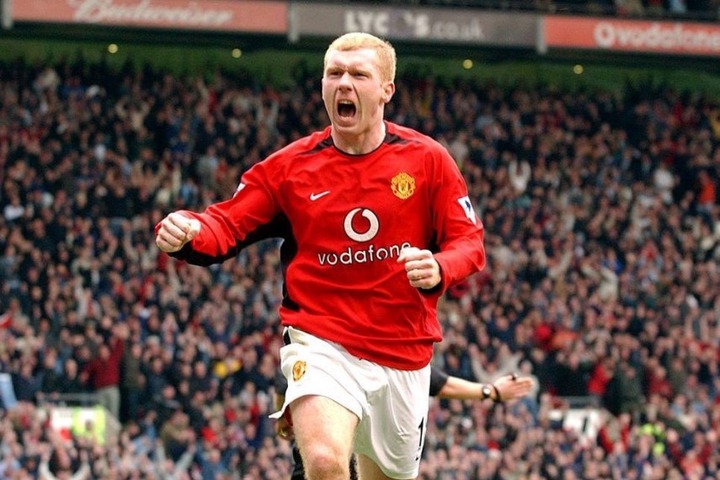 One of the Greatest of All Times, Paul Scholes ammesed an impressive medal collection during his days as a player. He won 11 EPL titles, 2 UEFA Champions League and two League Cups. The former Man United player is regarded as one of the most decorated English midfielders of all times.

In his playing days, he surpassed 700 matches , scoring more than 150 times for the Manchester side. Scholes did all that with one good eye and a bad one.

"There was a time when I used to see 4 balls progressing towards me, it was confusing. Trust me" - Scholes on his blurred vision.

It was only after consulting several experts that it was discovered that he had a blocked vein in his right eye. This resulted in internal bleeding. He underwent a surgery followed by ten sessions, upon his return in 2006, he wasn't done. He played one of his best seasons as a professional. 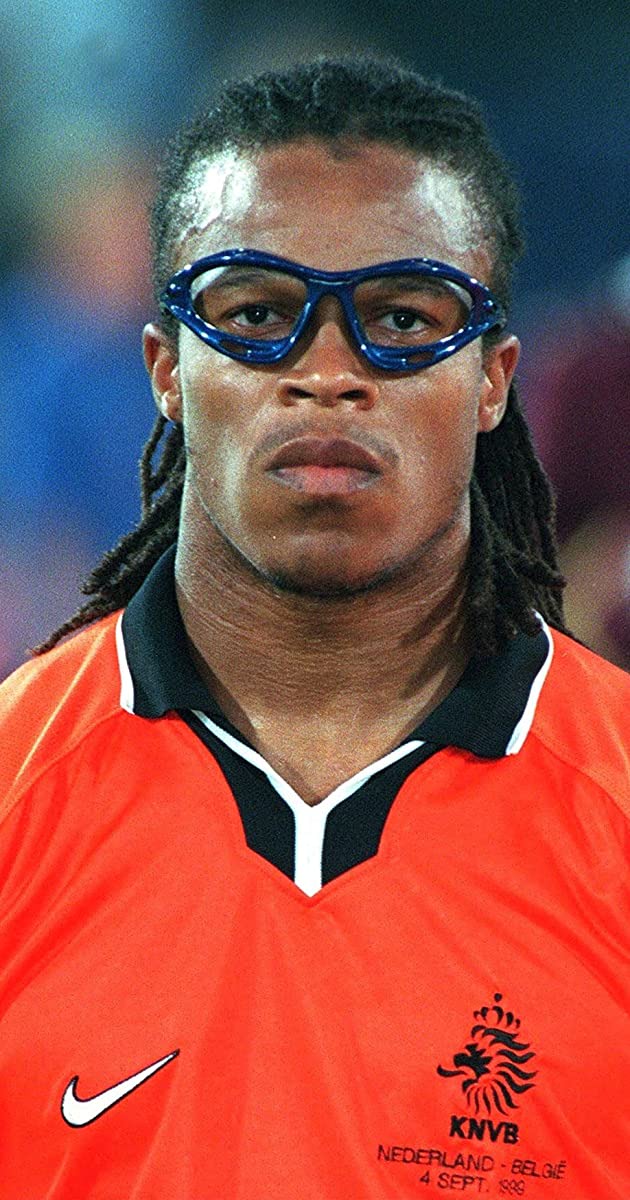 Edgar Davids was among the most recognisable athletes in the 90s as well as 2000s. He was the best defensive midfielder who played the sport professional in his time. He was nicknamed 'pitbull' by Louis van Gaal for his commanding style of playing.

The Juventus was, and still famous for wearing glasses while playing. David's had glaucoma , a condition where vision is limited due to damaged optic nerve in the eye.

His condition had no cure, but can be controlled. The player played for many years at the highest level, never letting the condition pull him back. 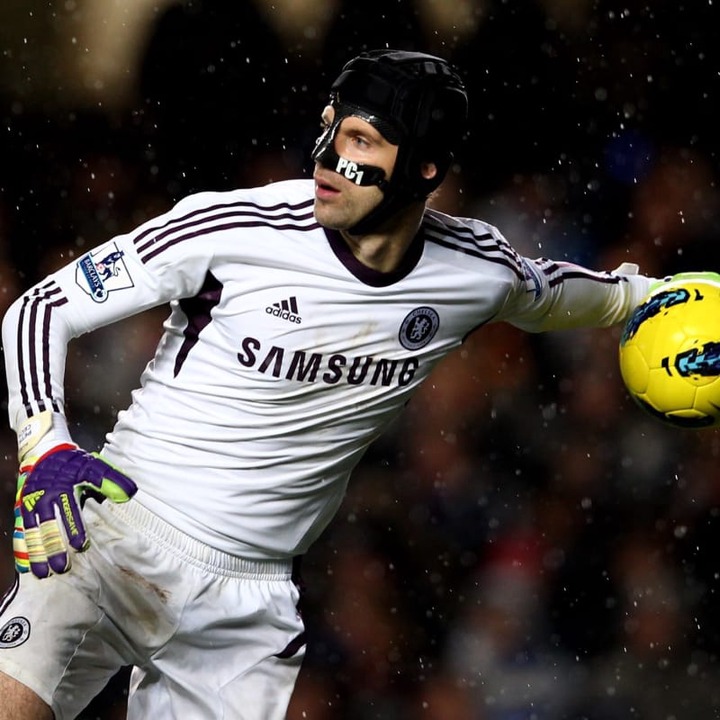 In 2006 goalkeeper Petr Cech suffered a bruta collision against Reading player, Stephen Hunt. Again the Chelsea goalkeeper was diagnosed with a skull fracture, a 3rd degree one.

Doctors said it was the end of his career since the injury was risk to his own life. The fracture eventually healed but there were damages left.

The goalie went through a succesful operation which saw him coming back with a rugby head guard which he wears to this very day. Definitely over many years he evolved into something special between the posts.

De Gea does all the good goalkeeping you see him do with a condition called Myopia. For all his life the Spanish international has worn glasses. A string of careless mistakes and errors in his first days at Old Trafford resulted in him being tested by the club's Optometrist, who in turn diagnosed him with vision issues.

Under Sir Alex Ferguson in the summer of 2012, he underwent a laser surgery which was followed by many years of great goalkeeping. 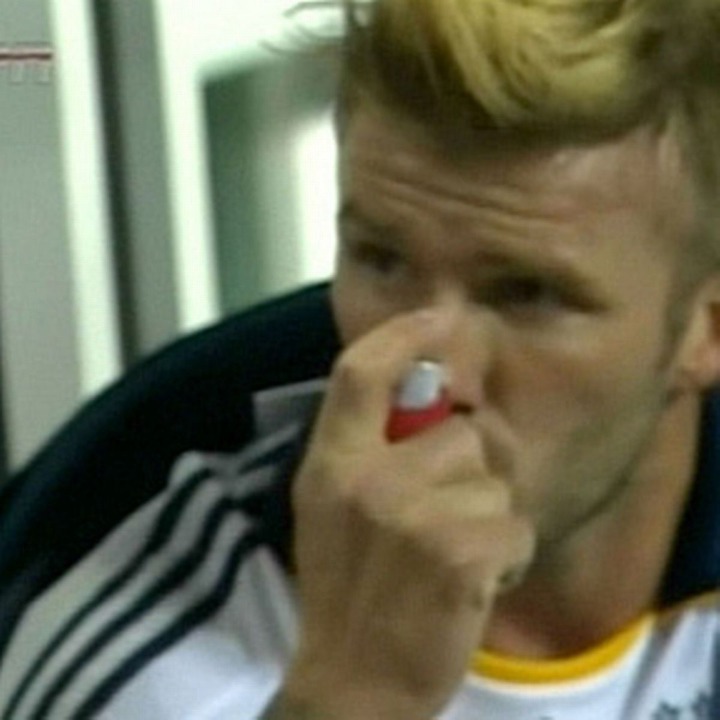 No doubt the most famous footballer of his time and one of the best players to have played for Manchester United. David Beckham was known and is still remembered by his freekicks which made them look like penalties.

When Beckham left Old Trafford he went on to join other stars such as Van Nistelrooy, Zidane, Carlos, Raul and many others at Madrid. From Real Madrid he left Europe altogether and went to US, when he joined LA Galaxy.

During his playing days, especially at Man United and Madrid, Beckham was always fit and up to the task. Very few people knew that on top of everything the former English captain was doing, he is asthmatic. When he turned out for LA Galaxy , in 2009 in a match against Real Salt Lake in a League Cup final, Becks was spotted using an inhaler.

It was his spokesperson who shed a light to us when revealed that David had the condition since childhood. Below are his words:

"David has suffered with this since he was a young boy, but it has obviously had no effect on his performance"

In his long and career Beckham never showed any signs of asthma, simple because he controlled it to the fullest with his diet.