Top PSL In Hot Water After Paying Players On The Pitch

Royal AM could be in hot water after it emerged on Monday that the increasingly controversial KwaZulu-Natal club could face penalties for handing out what appeared to be wads of cash to players on the pitch at the end of their league game against Maritzburg United on Sunday afternoon. 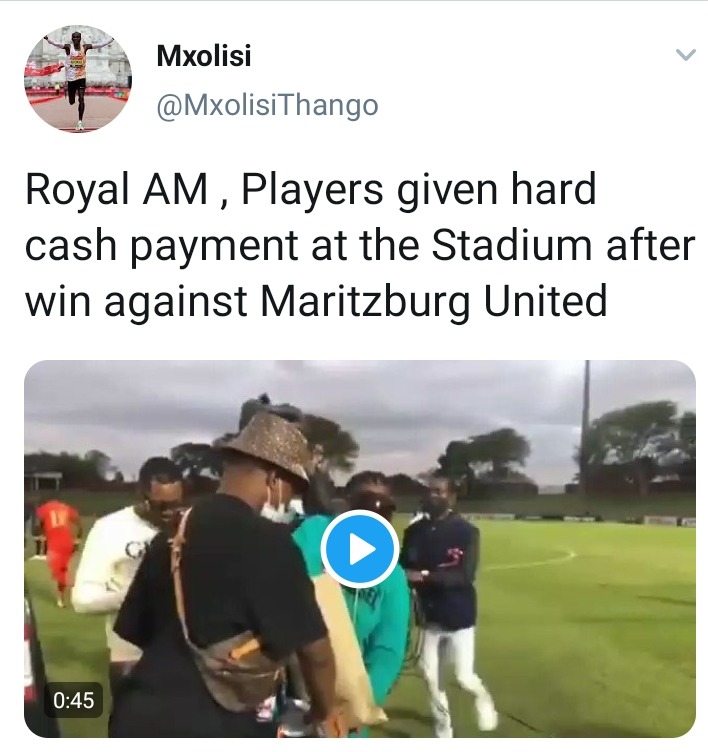 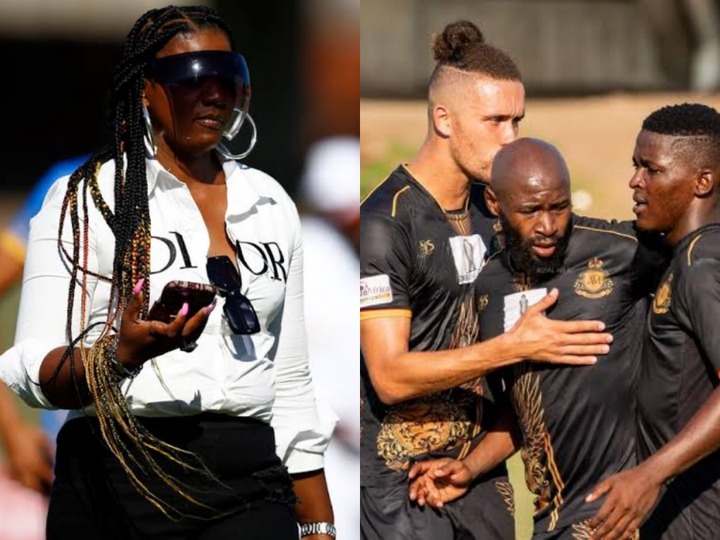 Some players seemed uncomfortable as their unfazed employers continued to hand out piles of cash under the gaze of television cameras. It was a sight never before seen in South African football and could attract further scrutiny from the SA Tax Services (Sars).

The scenes drew mixed reactions from fans and while many said the display was rude and a huge insult to South Africans who struggle to make ends meet every day, others enjoyed the show of it all.

"It goes to prosecution. The match commissioner's report, the incidents as well as everything that happens in the matches are going to prosecution. Nande (Becker) would review them and then decide [how to proceed further]," he said.

Sars spokesman Siphithi Sibeko could not comment on the matter and said the tax administration law prohibits officials from disclosing information about taxpayers.

Royal only saw the light of day after purchasing Premier status from Bloemfontein Celtic before the start of the season in August.

They have exceeded expectations as coach John Maduka's charges are third in the standings and have one of the league's most exciting players, Victor Letsoalo, in their ranks. Letsoalo has managed to find the back of the net more frequently than more established players, thus emphasizing the side. But it's their ability to attract negativity and unnecessary attention for all the wrong reasons that has made them the talk of the town. 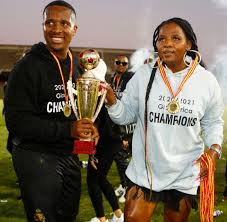 It's quite an uneducated action to pay the players on the pitch, but I believe it was made out of excitement. No matter what, the club must faced the consequences of it's action by paying a fine to appease the wrong deed.

Do you think they are supposed to be penalized for such action? Say your thought in the comment box and don't forget to follow me for more updates.

Attempt this riddle, how did she know he was cheating? Only Legend will understand.