After an incredible 2013 with his club Bayern Munich, and after leading the French national side to the World Cup after a hard-fought play-off with the Ukraine, Ribery was considered a favorite for the year’s prestigious Ballon d’Or award. The trophy eventually went to Cristiano Ronaldo, but Ribery still has something to show for his recent exploits, like a new contract from his club worth $17 million a year. Add to this a lucrative collaboration with Nike and you can still say that, even without personal honors, Ribery’s career is definitely at a high point. 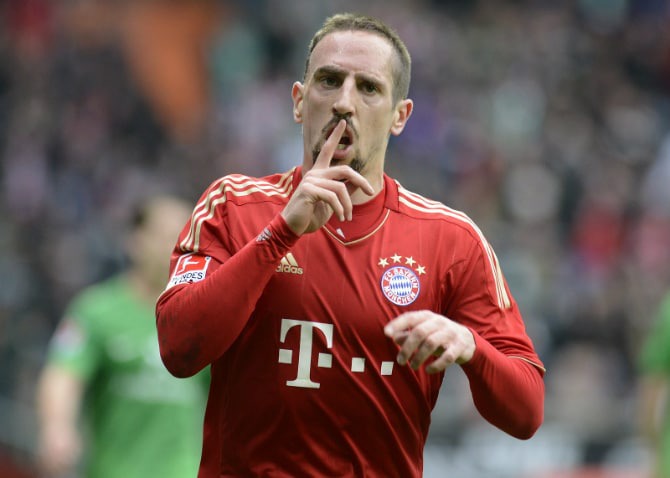 One of the best strikers in Europe in recent seasons, Robin van Persie led Manchester United to the Premier League title in 2013, Alex Ferguson’s final year in charge of the team, but he couldn’t prevent the team slipping to a disastrous season after the legendary Scotsman’s departure. Much of the hopes for the Reds bouncing back next season under fellow Dutchman Louis van Gaal rest on the prolific striker’s form and his importance is reflected in the massive salary the club pays him each year, which is around $16 million.

He is also an integral part of the Dutch national team which hopes to go one better this year after finishing runners up at the 2010 World Cup. 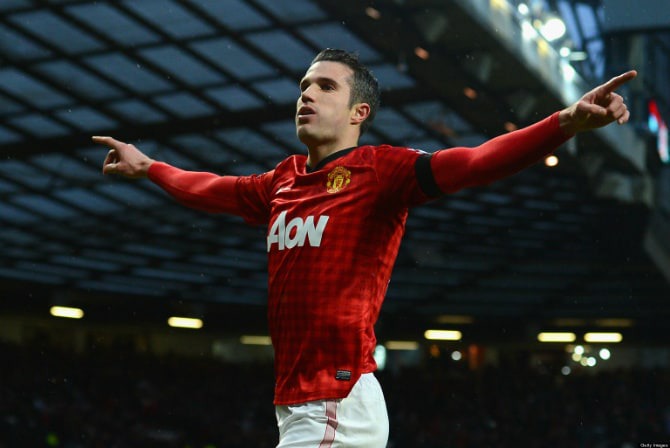 Once one of the most feared strikers in all of Europe, Fernando Torres hasn’t been able to find the net with the same frequency ever since joining Chelsea in 2011, he still finds the net on important occasions (like the Euro 2012 and Europa League 2013 finals). The incredible form displayed before joining his current club got him yearly wage equivalent to about $17 million. 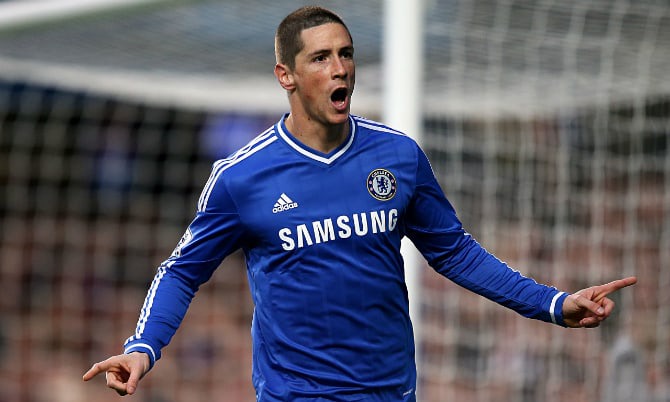 Without a doubt the best African player of the last couple of years, Yaya Toure has been bossing the midfield over at Manchester City, helping the team win the Premier League in two out of the last three seasons. In a team of superstars that pays more for wages than other club in the world, Toure is the highest earning player taking home $18 million per season.

But money doesn’t seem to be the only important thing for the Citizens vice-captain. It was recently reported that Yaya Toure wants to move away from the Eithad after what he perceived was lack of respect from his club, with no-one bothering to wish him a happy birthday. 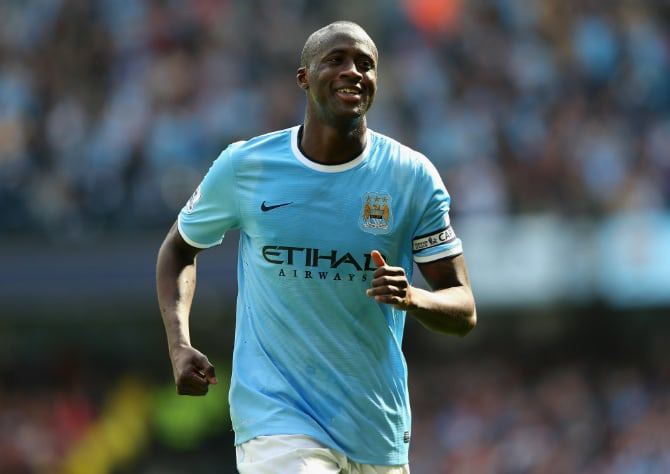 There’s little doubt regarding who the top Argentine player is (hint: you’ll find him further down our list), however plenty is expected from Sergio ‘Kun’ Aguero as well. Ever since joining Manchester City he’s been extremely prolific in front of goal, even though his stay has been plagued by injuries. The last-minute strike against QPR in May 2012 earned his team their first league title, which by itself would probably be enough to justify his $17 million per year contract. A record-breaking deal with Puma in 2011 doesn’t hurt his yearly bottom line either. 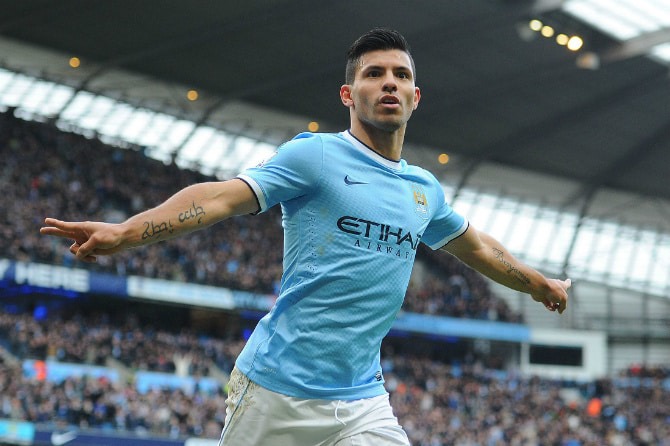 His loyalty was rewarded at the beginning of the year with a new 4-year contract worth a massive $104 million. Rooney also earns a considerable amount from his collaborations with brands like Nike and also from his record book deal with HarperCollins. 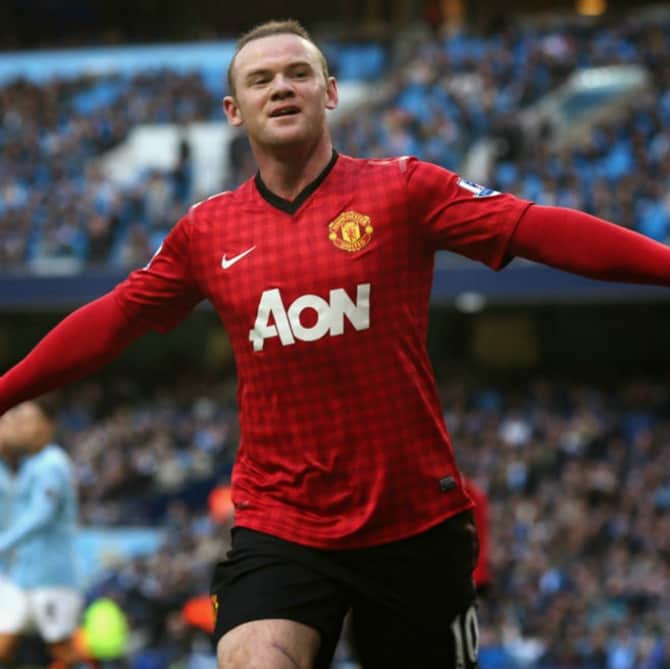 An injury earlier this year put the Colombian ace’s presence at this World Cup in doubt. However El Tigre (The Tiger) fought hard to regain his fitness and was eventually included in Colombia’s squad for the tournament.

One of Europe’s leading strikers while at Atletico Madrid, he moved to AS Monaco in 2013, where, far away from continental cup football, he’s been struggling to find the same kind of form. His finances, on the other hand, have never been better. The Monegasque club pays him $23 million per year, with an additional #3 million coming from sponsorship deals. 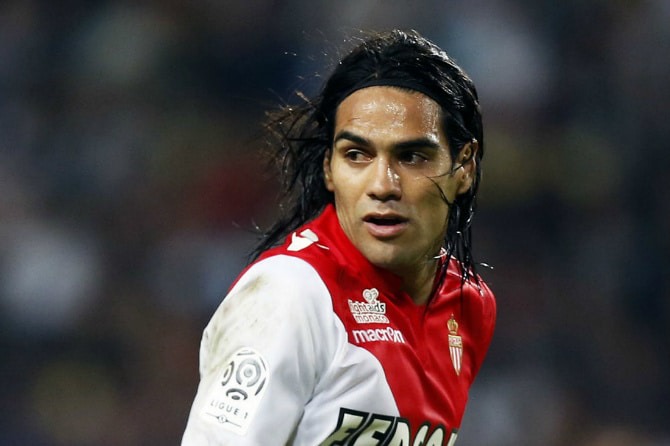 Touted as one of the hottest prospect in world football, Neymar hasn’t exactly shown the sort of quality expected from the next Brazilian superstar.

His move from Santos to FC Barcelona commanded a sizeable transfer fee, with the young winger himself receiving $12 million per season. Considered of the most marketable athletes in the world, his sponsorship deals with the likes of Nike, L’Oreal, or Panasonic (among many others) more than double his yearly earnings. 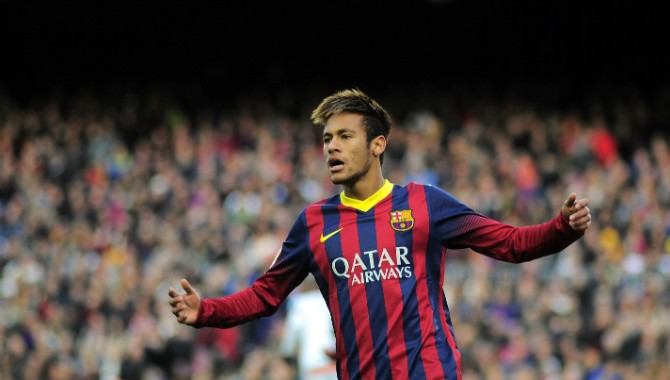 One of the best football players of his generation and already a legend, the diminutive attacking midfielder is raking in the trophies, as well as the money.

His influence at FC Barcelona is impossible to overstate and the Catalan giants are prepared to pay anything to keep their star player happy. Currently on a $42 million a year contract, he is reportedly in talks with the club for a pay rise in order to match his rival Cristiano Ronaldo’s earnings. Although less of a flamboyant figure off the field than other sporting superstars, his exploits in the game have attracted high-profile brands like a magnet, with Turkish Airlines, Gillette, Pepsi and other adding another $23 million to Messi’s yearly pay. 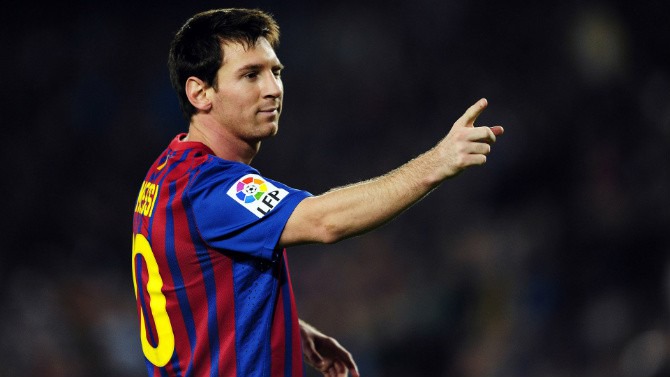 In recent months, Cristiano Ronaldo has truly been on top of the world. After winning the Ballon d’Or in January, he went on to break the UEFA Champions League season goalscoring record, then win the Champions League, and also become Spain’s and Europe’s leading goalscorer.

With all this stunning success, it’s no wonder he’s the world’s best paid footballer (raking in a staggering $49 million a year from his club, Real Madrid), as well as an additional $24 million from his many endorsement deals (most notably Nike and Tag Heuer). 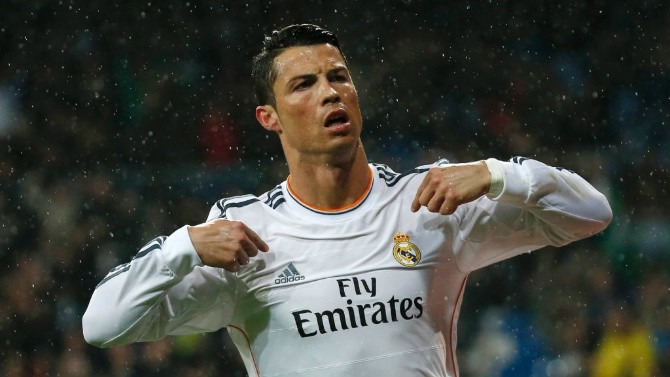