Shady Mohamed, who used to be the captain of Al Ahly, has said that Percy Tau should be sold because he thinks a 22-year-old is a better player. 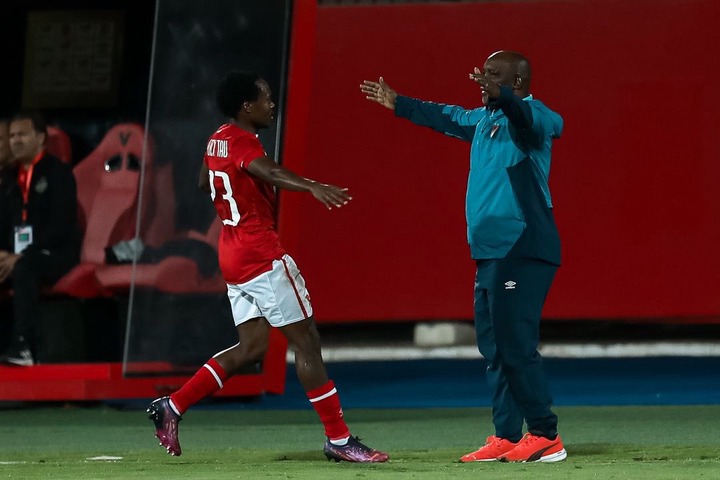 PERCY TAU GETS R33 MILLION, ACCORDING TO A REPORT

Tau's recent game against Pharco was a much-needed chance for him to get back in shape. There is still a lot of talk about his immediate future, which looked uncertain when Pitso Mosimane quit as coach.

In the next game, the Red Devils played against Al Ittihad Alexandria in Egypt's top league. Youngster Ziad Tarek made headlines when he scored a goal all by himself in a standout performance that made the news.

Shady Mohamed, a former great player for Al Ahly, has now said that the young star is better than both Tau and Luis Miquissone.

"Both Percy Tau and Luis Miquissone aren't as good as Ziad Tarek. According to KingFut, the former club captain said, "I think he should start for the first team."

"We should sell Tau and Miquissone. Al Ahly would make more money if it sold them both."

ICYMI: BIMENYIMANA calls the trial of the chiefs a "waste of time."

Recent reports say that Anderlecht is interested in bringing Tau back. The talented playmaker spent a season on loan with the Belgian team from Brighton & Hove Albion.

Egyptian news website and TV station Sada El-Balad says that the Belgians have made an offer of USD 2 million (roughly R33,38 million) for Tau. But there are rumors that Al Ahly's worth is twice that amount.

"Al Ahly officials wanted Anderlecht's offer to include Percy Tau and asked for $4 million (roughly R67,7 million) to agree to finish the deal at least in the next summer transfer window for the new season.

Everyone knew that when Coach Pitso Mosimane left, it would shine a light on Percy Tau's future.

Tau is being asked to be sold more and more. Earlier this year, so-called experts said that he isn't up to "Al Ahly standard."

Now that Tau's longtime coach Pitso Mosimane is no longer in charge at Al Ahly, only time will tell if he can have more success in Egypt. His next steps in his career are definitely worth keeping an eye on.