Mamelodi Sundowns Fc Will End Up Being Like PSG fc (Opinion)

By Mndebele-Mzukulu-Wakwa-Lukhele (self media writer) | 13 days ago

in the past 5-6 years. Mamelodi Sundowns team has dominated the South African Premier Soccer League, with only gave them at least one CAF Cup.

This article has nothing against Mamelodi Sundowns performance and streak winnings, well some may say it is too early to tell who is going to win the Dstv league tittle the end of the season, but Sundowns Fc is doing pretty well collecting all the point's coming their way. 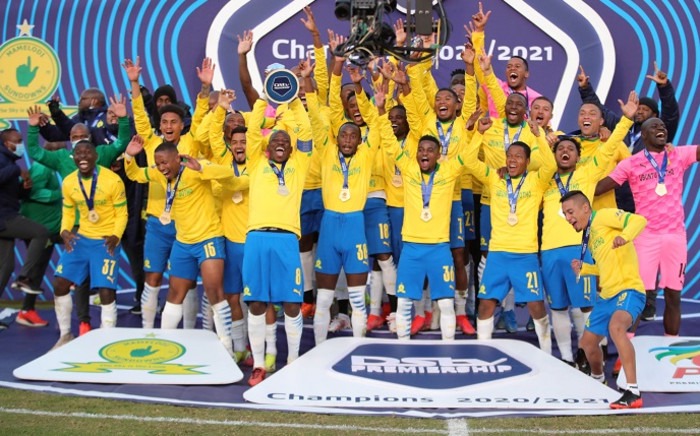 and it shows that they are prepared to take every trophy also this season, all thank's to their former coach Pitso Mosimane for building this team and left it while it is still well oiled machine.

and also the present coaches for continuing doing the great job with the boys,.

but my worry is we don't want sundown's to turn to be like the Paris Saint- Germain football club (PSG), based in France.

PSG dominate the French league but with all the stars they have still can't do well outside France, so Sundowns FC don't have to be like that and the only way to avoid such situation is to have strong competition strong opposition's from the Dstv Premier league, competing with weaker site's like Kaizer Chiefs and Orlando Pirates who have struggling with their form for about a decade now it's killing our soccer, because you only get stronger when you compete with the strongest team's.

presently sundown's is not strongly tested to be ready to compete with like's of Al Ahly or even the European teams hence their dominance will only be in South African's league but fail outside.

Stronger teams comes from the best League's , so Mr Khoza and Mr Motaung stop letting South African's Down, provide us with strong team's .

if we take Sundown's Fc From South Africa to compete in the Egyptian league do you think they would have the same Dominance as they have here in south Africa or they will just turn out to be an average team in their league?

Content created and supplied by: Mndebele-Mzukulu-Wakwa-Lukhele (via Opera News )