Dstv Premiership front-runners Mamelodi Sundowns have been in a quest to furthermore bolster their already exceptional squad, with defence their most critical area, and with the transfer window set to slam shut this evening, they have managed to make quite a significant addition to their squad. 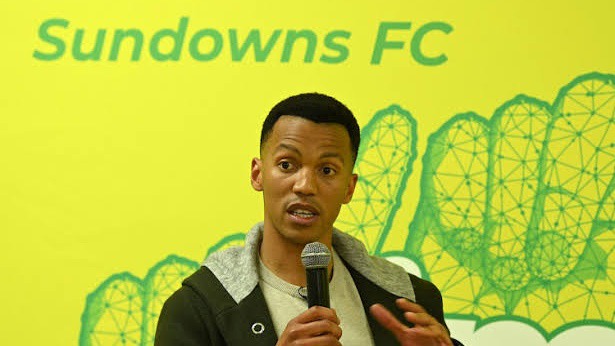 Sundowns head coach Rulani Mokwena was recently quoted stating that the club has secured the signing of Moroccan side Chabab Mohammedia centre-back, Abdelmounain Boutouil, but had not managed to register him.

Meanwhile, the club confirmed on its Twitter account this afternoon, that the former Raja Casablanca man, has now become part of the Yellow Nation. 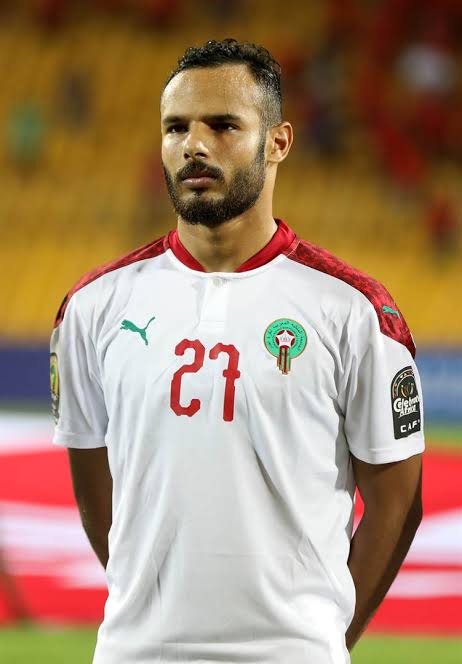 The club did not disclose details pertaining to his transfer fee nor the length of his contract, but a couple of days ago, Goal.com reported that the Brazilians may have forked in the tune of R6.5 million to lure the centre-back to Chloorkop. 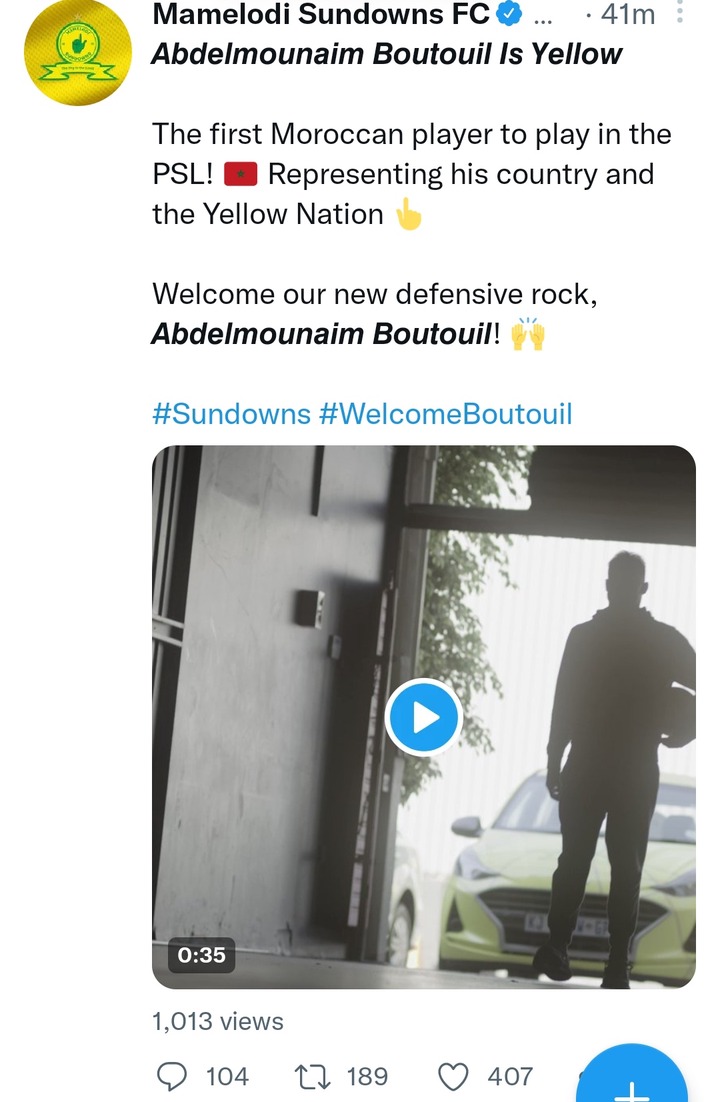 In quite a few words, the 24-year-old expressed his delight in joining the club and promised the fans the ultimate.

"I hope to live up to the expectations of the team and the fans," Boutouil said in a video the club shared. 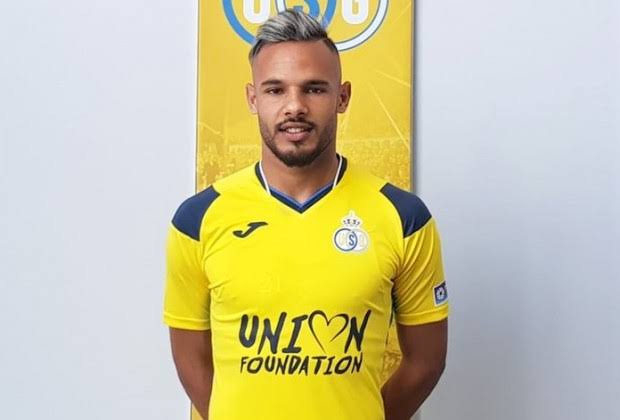 Boutoil becomes their latest signing in a week that they were hugely criticised for raiding Cape Town City for left-back Terence Mashego, who also joined the club to become virtually their umpteenth left-back.

Sundowns have been extremely dominant domestically, to the extent that the broader South African football fraternity has become scared that the PSL could easily become another 'Farmer's League', such as the German Bundesliga, which Bavarian giants Bayern Munchen have romped to nine titles in succession. 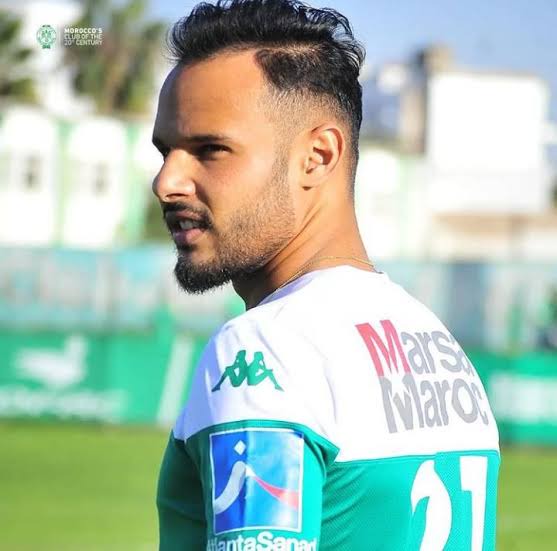 You could say that the club's ambition go beyond PSL dominance; billionaire owner Dr. Patrice Motsepe wants the team to dominate the continent.

Therefore, signings like Boutouil, who has experience playing at the highest level, are crucial in achieving that goal.

From a wide range of clips that one has watched of Boutouil, he absolutely possesses all the qualities that are required of a typical Sundowns centre-back.

He is a technical, physical and mental marvel. You can state it without any inequivocation, that he will undoubtedly become one of the best.

What do you make of Boutouil's signing? 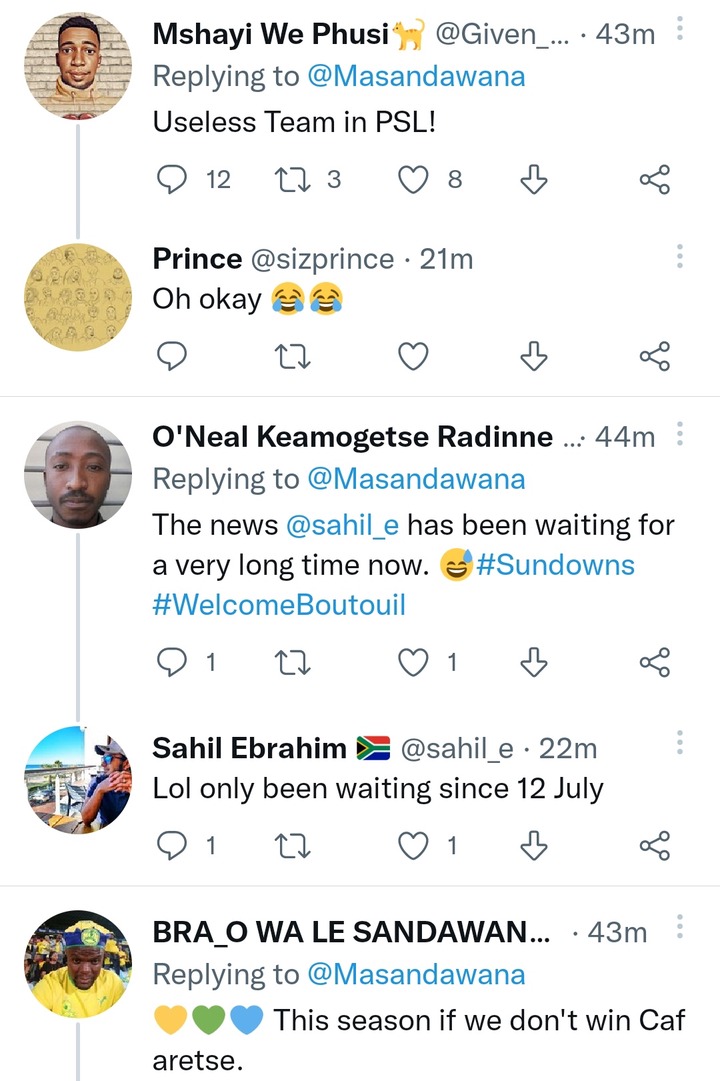 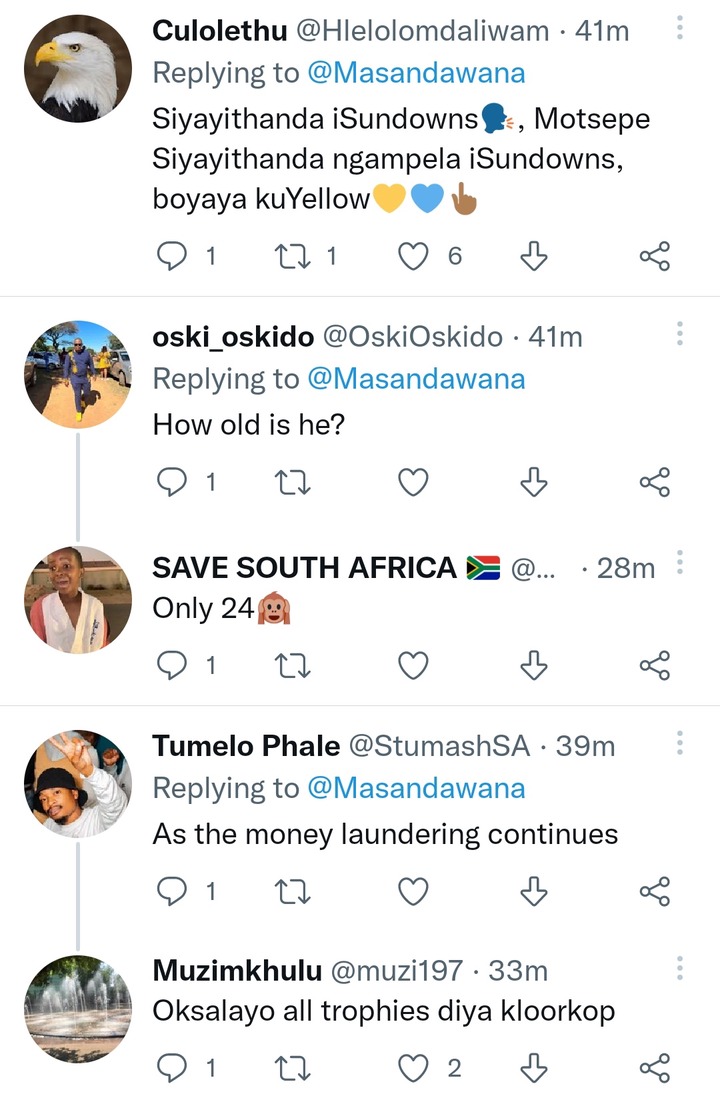 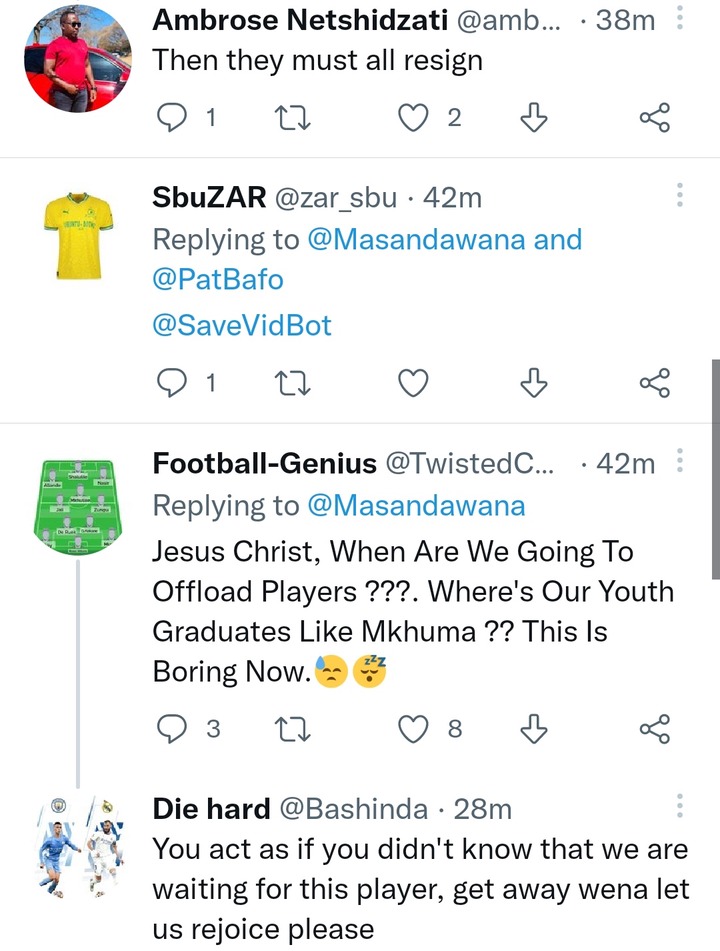 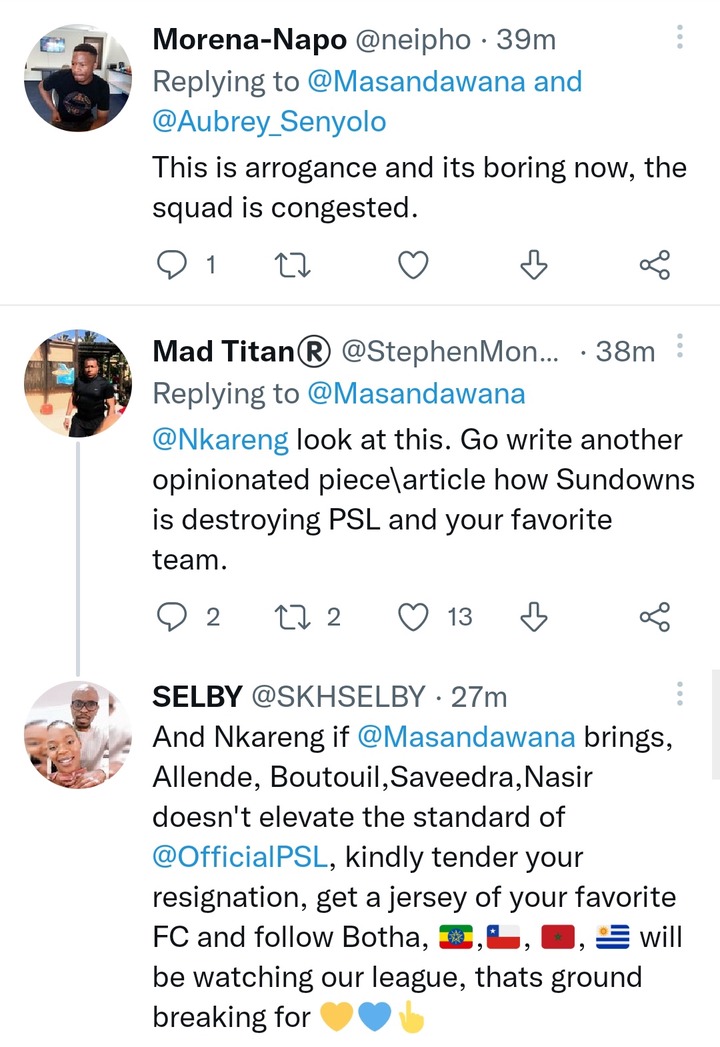