By Emmzytee86 (self media writer) | 2 months ago

In their match against defending world champions France, Hugo Broos' team was far from ideal. 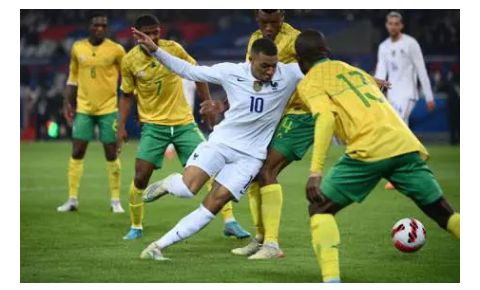 The star-studded team was expected to perform admirably as they prepare for the 2017 World Cup, which will be held in Qatar.

Ronwen Williams of Bafana Bafana had a night to forget. He started well, making a good save from Olivier Giroud's header, but he couldn't stop Kylian Mbappe from scoring the game's first goal. 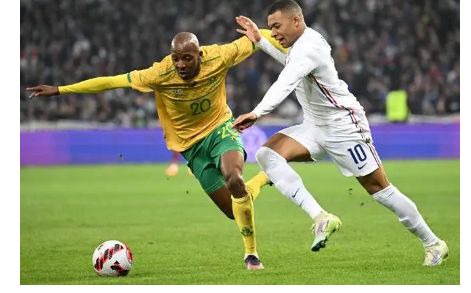 After an interception by Ngolo Kante in the middle, Antonio Griezmann passed the ball to Giroud, who displayed calmness and poise to tuck it in, the champions scored their second goal in the 33rd minute. The first half finished with a score of 2 - 0.

France demonstrated their talent by maintaining a passing accuracy of over 90%.

In the second half, things didn't get any easier for South Africa, who struggled to get out of their own half. The boys didn't even create chances to score goals. 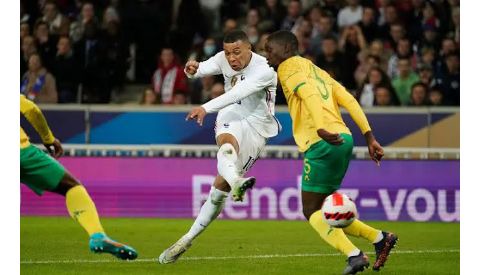 Mbappe completed his hat-trick in the 73rd minute, converting from the penalty spot. He was given the penalty after Siyanda Xulu knocked him down inside the box.

Things became much worse for Bafana when Khuliso Mudau, who had come in as a substitute, was sent off for raking Digne's Achilles heel.

Matteo Guendouzi scored his first international goal for France, causing even more havoc for the visitors.

The reigning champs gave Bafana Bafana a hard lesson. The coach and his players still have a lot of work to do.