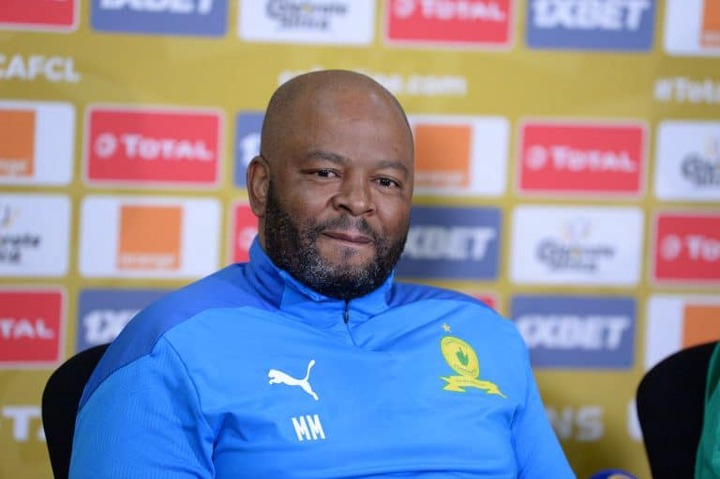 Mamelodi Sundowns co-lead trainer Manqoba Mngqithi has remarked on his side's agreeable 2-0 success against AS Maniema, that saw them advance to the CAF Champions League bunch stages.

Downs beat AS Maniema 2-0 at Loftus Stadium on Sunday evening in the second leg of their subsequent fundamental round bind to propel 4-2 on total.

The Tshwane monsters tried to utilize their home ground benefit to book their ticket in the current year's CAF Champions League bunch stages, and Mngqithi says they were in charge for the majority of the game.

"I think we just we began the game well overall," Mngqithi said after the match.

"We know they should force themselves a smidgen considering the scoreline. However, shockingly, they never truly pushed hard.

"They just squeezed with their front three, which is the thing that they did even in the first round. Also, we made a ton of generally excellent playing points.

"Deplorable not to have scored from the absolute best form ups that we had first half, exceptionally unfortunate Kutumela, in one of them Vila, somewhat deferred to end yet commonly the exhibition was awesome.

"Second half they acquainted number 28 with play with two strikers up top and they needed to siphon balls into the case a ton, however we figured out how to manage them up until only one spell possibly of 5, 10 minutes where we failed to keep a grip on the game and we began playing such a large number of one contacts, and too many long balls and they began to acquire force.

"Be that as it may, promptly we brought it back and we changed, got Pitso to provide us with a tad of a play, acquired Neo Maema, and Kermit Erasmus and Pavol, then, at that point, we settled once more, and we were in charge of the game all along. I don't think there was any genuine danger that we experienced in this game.

"Credit should be given to the young men, to the entire specialized group, and every other person associated with the club, since it was an excellent exhibition that by and by, I think it merited something beyond two objectives."