By Cool_Dealz (self media writer) | 7 months ago 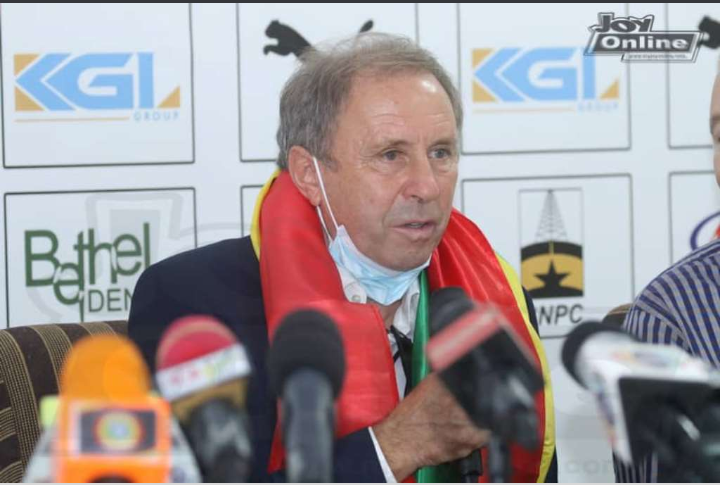 Milovan Rajevac was born 2 January 1954. He is a Serbian football manager and former professional player who manages the Ghana national team.

He became Ghana manager in August 2008. He continued the Black Stars's qualification campaign to 2010 World Cup. In the tournament, they almost reached the semi-final as they narrowly lost to Uruguay in the quarter-final via penalty shootout.

Milovan Rajevac, the coach of Ghana's Black Stars, has stated that the black stars will treat their final world cup qualifier match against South Africa as if it were the finals.

The coach stated during a report that the team would be intensely focused on obtaining the necessary three points to qualify for the World Cup in Qatar.

The Black Stars' match against Ethiopia a few days ago ended in a shock draw, with both teams scoring a goal.

According to Rajevac, his team performed poorly in their recent match against South Africa, but they would do everything possible to make up for it.

"We encountered some difficulties in defense, particularly today. We made some errors, and since everything will be decided on Sunday, it is critical for us to win our next match on Sunday with a two-goal advantage if we are to qualify for the final round of World Cup qualification,"

See Milovan Rajevac exert words: "We had some problems in defence especially today. We made some mistakes so after all, everything will be decided on Sunday so for us it’s important to win our next match on Sunday with a two-goal difference if we want to qualify for the final round of the qualification for the World Cup”.