After Zwane was appointed permanently as Chiefs coach, see what he said about the team.

Look at what Zwane had to say after he was given the job of Chiefs coach on a permanent basis.

Zwane offers his thoughts on his new role with the Chiefs. 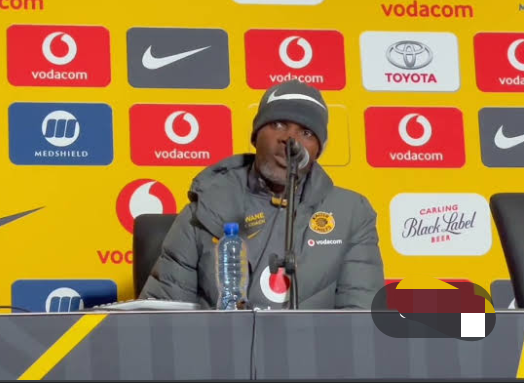 Arthur Zwane, who was previously employed by the Kaizer Chiefs as a member of the club's development staff, has said that he has had ambitions to become the team's head coach ever since he began working for the organization eight years ago.

"I have never stopped repeating to those who are closest to me... "I told them eight years ago that I'm working hard and spending sleepless nights to be a head coach that will be out to make the team win and not simply to add numbers," says Zwane. "I'm not interested in adding numbers; I'm interested in making the team win."

Zwane, also known by his nickname 10111, is a native of Soweto, exactly like the club, and he comes into the position with coaching badges from both the CAF A and the UEFA B.

"The winning culture and mentality of this squad was one of the reasons I wanted to play for this team as a player. That is what motivated me to work hard and put in a lot of effort so that I might wear this jersey as a player. That was like a fairy tale come to life.

"And here I am on this day. There are individuals sat in this area who are aware that I have shared with them in the past that I will one day take over as the head coach of this team. I was prepared for the fact that there would be difficulties. "Each and every failure served as a wake-up call, and as a result, I am where I am now," he says.

"These are the kinds of things that, as individuals, we can only hope for. When I chose to retire from playing since it was taking me too long to heal entirely, the football manager suggested that I see the chairman to get his opinion on my decision. The chairman was the only person who encouraged me to have faith in myself from the very beginning.

"After spending the previous two seasons with the first team, I was demoted to the under-17 squad in order to gain experience. If I can prove that I am up to the challenge, I will be brought back up to the first team."

"I consider myself really fortunate to have someone like coach Sheppy, with whom I completed my UEFA coaching license in Ireland. I have always been of the opinion that this group is deserving of having members that are both knowledgeable and skilled in the game.

"I put my complete faith in this person, and because of that, I don't need to worry about anything while I'm sleeping." That is the extent of my faith in him. We are heading in the correct direction. Sharing is an important part of football, and we have continued to do so ever since we started playing.

If we get the backing of management, I don't see how we could mess up this initiative. Although it could take some time, we are certain that we are headed in the right direction. Zwane asserts that even though they are aware that a great deal is expected of them, they would nevertheless perform to the best of their abilities.