Hunt🗣 Sundowns will be an unfair fight

He believes that Sundowns ain't in his league compared to their squad and his, he said, their opponents will be strong favourites at Nelson Mandela Bay Stadium.

" it's bit unfair isn't? Look and their squad and look to ours again, but it's not like we're not going to fight No we'll fight and bring our best to the match" he said

" They are far better than us but we will be committed and that's all I can ask of the players. We will be organised and we'll have a go, and you never know."

Besides the unfair challenge that lies in wait for Hunt and his side, the 57-year-old was still able to draw positives from his side's opening day victory, which came as a result of a solitary goal from defender Veluyeke Zulu.

🗣"We certainly were the better team, we had the ball a lot, good possession of the ball when we wanted to and then we had to defend, we defended, so that was a good sign." Mentioning the match he won against Sekhukhune United 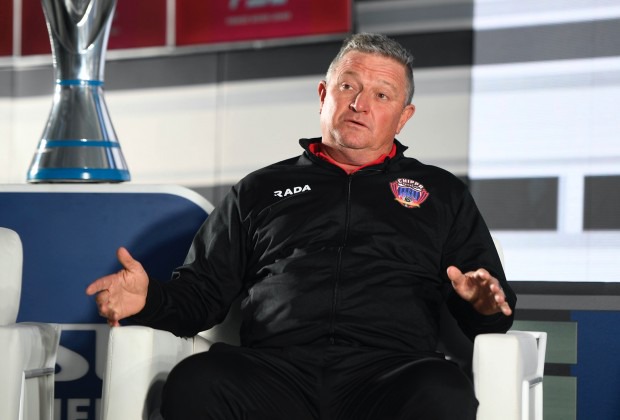 "I am at home in Limpopo and they welcomed me with this." A guy posted and caused a stir on Twitter.

Hilarious Workout Memes All Gym-Goers Will Totally Get

Tik tok being sued but the new app is launched to make money.

Do You Remember Rapper Killer Kau, See How Old He Could Have Turned Today