Jazzman: “It did not work out for Ntshangase at Chiefs” 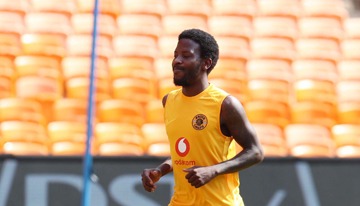 Ntshangase joined Chiefs from Baroka FC in 2018 as prospective star midfielder for the boys in black and gold. He has since then only featured 38 times assisting 2 goals and not scoring any goals.

These shocking stats may show why the lad did not leave up to expectations as Amakhosi fans and team had thought. His case is a definite failure and now his agent Jazzman Mahlakgane has explained what happened for them to reach an agreement to terminate his contract with Amakhosi.

“I think it was a good gesture by Chiefs, this is a player they spent good money on to bring him over, but unfortunately it did not work out,” said Jazzman Mahlakgane.

“It happens in football that a player arrives at a club in his peak or on top of his game and then drops. Stash is also unfortunate in the sense that all the coaches at Chiefs never really used him – from Steve Komphela, Ernst Middendorp and now Gavin Hunt.”

This decision was inevitable, and that discussion happened between me and the player before to say ‘listen, we have a choice, either we wait for the end of the contract, which we were probably going to have to look for another club anyway, or we can ask for an amicable separation so that you can start looking now’. When Chiefs approached us about a separation, we then agreed to go ahead.

Chiefs were not able to sign players at the beginning of the season and that was part of the reason why they exercised the option on Stash, especially because of their CAF commitments. It was noble and it was an opportunity for him. But things did not change, so we hope a new environment will help him do well,” concluded Mahlakgane.

It is to be seen where ‘Stash’ as he is known will feature next in his career or if he still can revive his promising career with another team.

Bet on Kaizer Chiefs and the DSTV Premiership here:https://j.mp/2OFeYPc