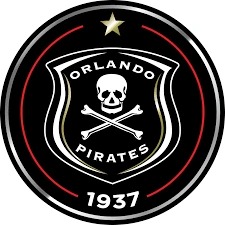 The Orlando Pirates' search for a head coach is over now that Spanish coach Jose Riveiro has been named as the next coach.

The hiring of the Spaniard puts an end to rumors that the team was interested in Benni McCarthy, Steve Komphela, and Gavin Hunt. Riveiro signed a three-year contract with the Buccaneers.

After sharing the coaching duties with Mandla Ncikazi and Fadlu Davids throughout the previous campaign, Riveiro now leads the Pirates.

Davids is no longer with the team, but Ncikazi is still there and will work with the new goalkeeper coach as part of the technical staff for Pirates.

The Orlando Pirates football club is happy to announce José Riveiro's hiring as head coach. Pirates announced on Saturday that Riveiro has signed a three-year contract.

Mandla Ncikazi and Sergio Almenara will be the new coach's assistants. Tyron Damons is the goalkeeper coach, and Miguel Bellver Esteve is a fitness instructor.

The 46-year-old says he is excited to be a member of the Buccaneers and he hopes to make history with the squad by collaborating well with his technical staff.

"First of all, let me extend a greeting to all Orlando Pirates supporters. I'm thrilled to be a part of the group. I'm looking forward to what comes next with the Pirates project since it's exciting. The opportunity to lead such a prestigious organization and strive for the best ideals is an honor for me and my colleagues, said the new Pirates coach.

"My support staff and I are eager to get there and join the task force and the players so that we can get to work right away. Together, we're going to try to write history and create a group of people we can all be proud of.

After a stint with FC Inter Turku, a team headquartered in Finland, that concluded in December 2021, Riveiro joins Pirates.

Pirates pull a Riveiro out of the hat as they announce a new head coach (citizen.co.za)