Free State Stars played against Cape Umoya United in their latest fixture, and drew the match 1-1 in the end. See their next five upcoming matches. 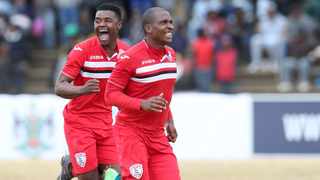 Free State Stars will thereafter play against Jomo Cosmos in the GladAfrica Championship on the 6th of April at home, and it will be their most difficult match in their next five upcoming fixtures. Both clubs would want to claim maximum points from the match, but since Free State Stars will have the home ground advantage in the match, they should be making it a win at home.