By ReadySports | self meida writer
Published 1 months ago - 2 views 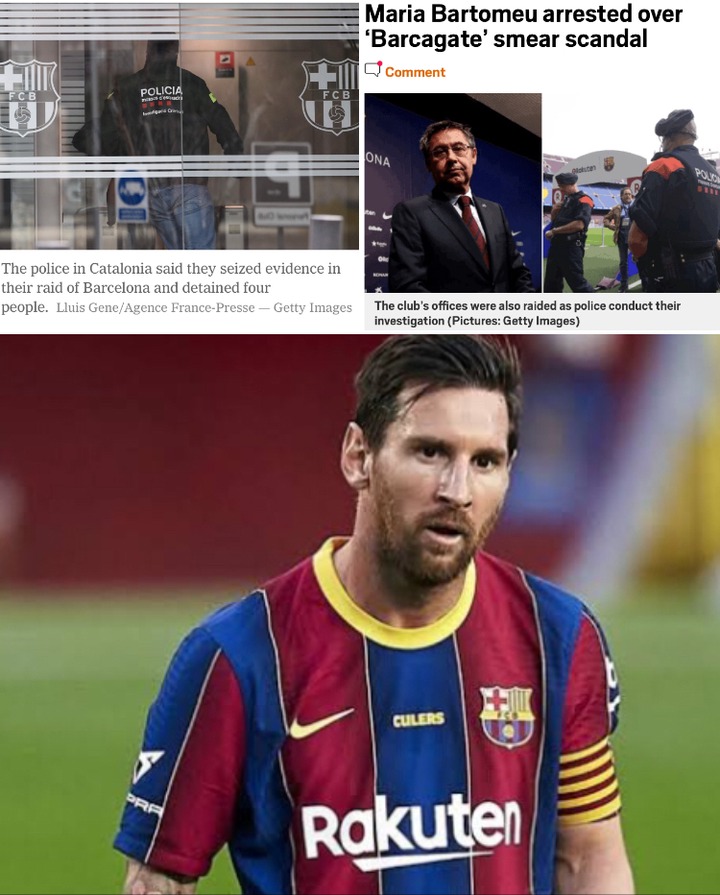 We thought the war was over at Camp Nou when Joseph Maria Bartomeu resign as president of the club. The likes of Eric Abidal Left too after disrespecting and criticizing captain Lionel Messi and other legends of the club. Now Cheringuito sources have revealed that the arrest made by police yesterday consist of four ex-members of the club who where hired by Bartomeu when he was still in charge of Barca. 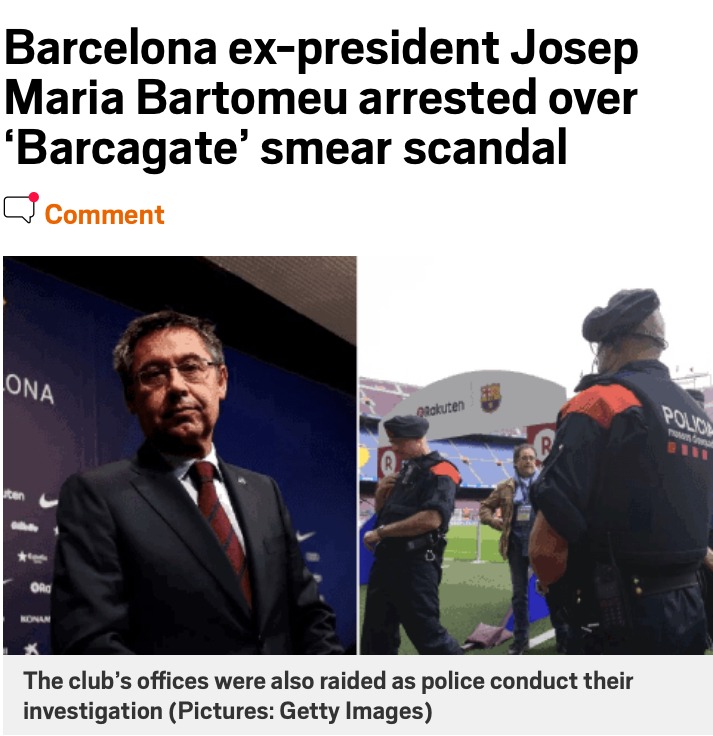 Marca source reported that Barcelona under Joseph Bartomeu presidency has employed I3 Ventures perhaps as early as 2017, paying them €1 million a year for their services. It is further claimed that the Blaugrana never paid more than €200 000 per invoice, ensuring no approval from the entire board was needed. Talking about fraud happening in one of the biggest club in the world. 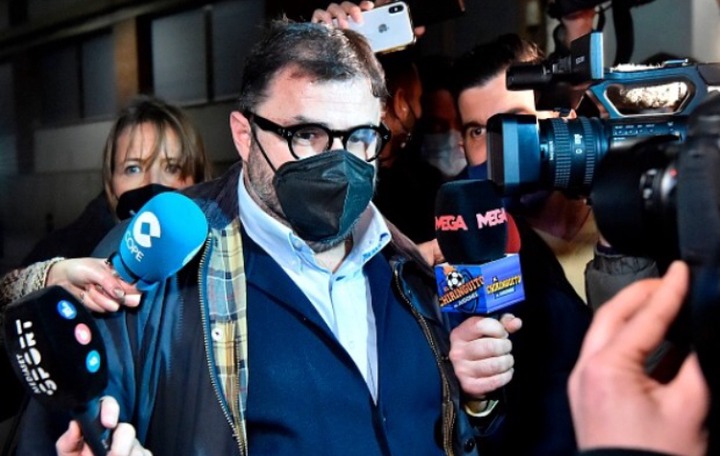 It was alleged that Lionel Messi, Gerard Pique and other senior players were targeted by several social media companies, all reportedly links to I3 Owner Carlos Ibanez, who used different Facebook accounts to slander certain key figures of the club including Xavi Hernandez and Pep Guardiola. 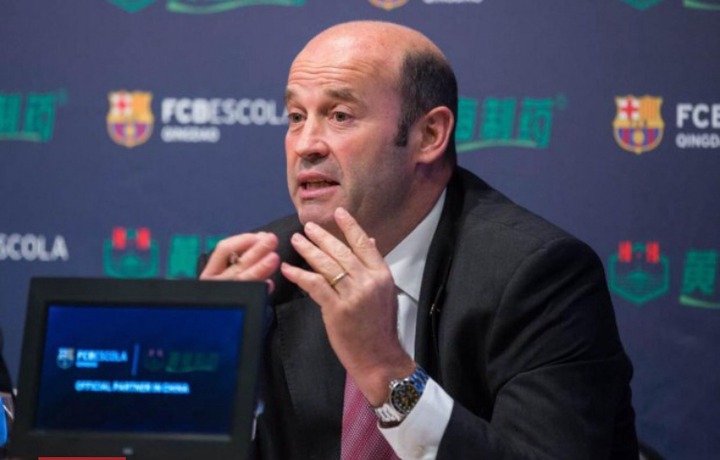 Now presidential candidate Joan Laporta reacted to the news in a video released on social media platforms saying,” Given today’s search and and events of the clubs offices also the detained of ex- president and club executives, from the candidates Estimem El Barca, we want to say that we have maximum respect for the police actions and also for the presumption of innocence. We deeply regrets what’s happening because It hugely damages the clubs image and reputation,” he told Goal.com reporters. 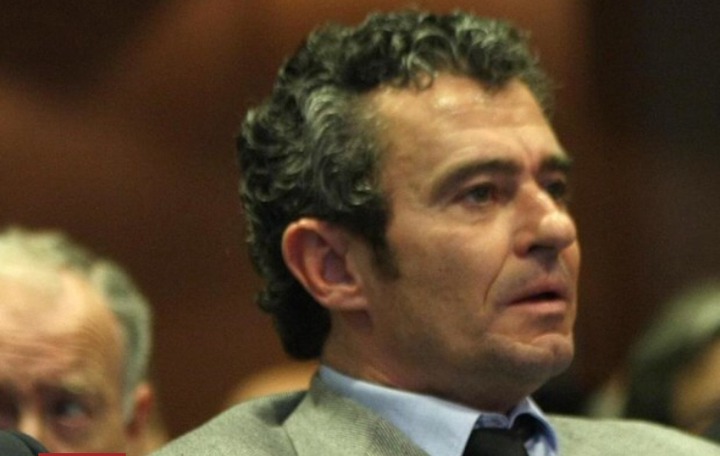 Now Laporta if he is to be elected shows he will have a lot of work to do damage control and re-build the team. With still a long way to go for the season to end, the next six coming days will be focused on the team to elect the new President to lead the club to new heights. With Lionel Messi reported on his way out, will he truly leave or stay. Let me know.

Barcelona Camp Nou Eric Abidal Joseph Maria Lionel Messi
Opera News is a free to use platform and the views and opinions expressed herein are solely those of the author and do not represent, reflect or express the views of Opera News. Any/all written content and images displayed are provided by the blogger/author, appear herein as submitted by the blogger/author and are unedited by Opera News. Opera News does not consent to nor does it condone the posting of any content that violates the rights (including the copyrights) of any third party, nor content that may malign, inter alia, any religion, ethnic group, organization, gender, company, or individual. Opera News furthermore does not condone the use of our platform for the purposes encouraging/endorsing hate speech, violation of human rights and/or utterances of a defamatory nature. If the content contained herein violates any of your rights, including those of copyright, and/or violates any the above mentioned factors, you are requested to immediately notify us using via the following email address operanews-external(at)opera.com and/or report the article using the available reporting functionality built into our Platform 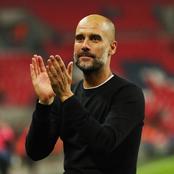 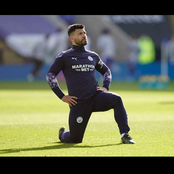 Hans Flick; Mbappe Is Going To Win The Ballon d'Or 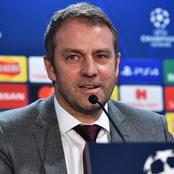 Tuchel; There Is No Other Obstacle To Overcome Than Porto 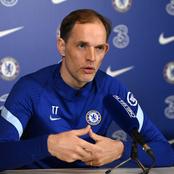 How Close Neymar Was To Real Madrid Revealed? 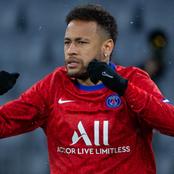 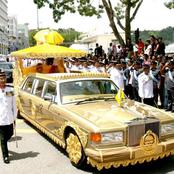 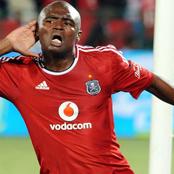 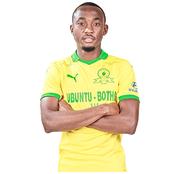 Zinnbauer: Our Opponents Are The Best In The League 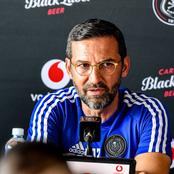 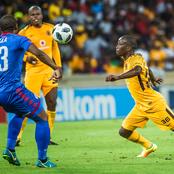