By Therichman (self media writer) | 18 days ago 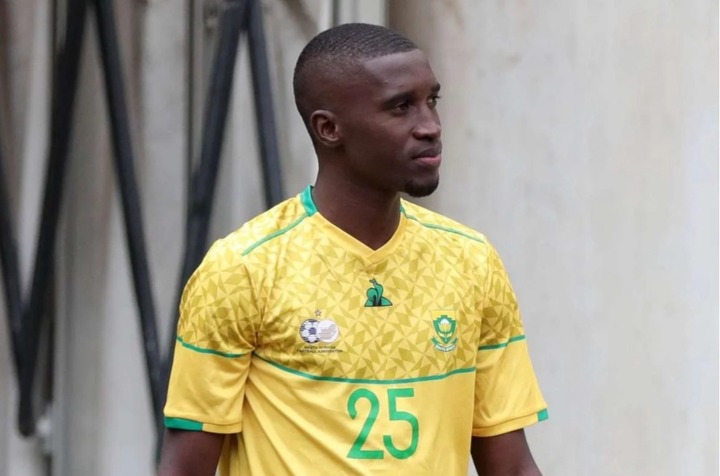 The 29-year-old believes he could have done a better job with the four-time PSL champions during his time there.

Siyanda Xulu, a Bafana Bafana star, has spoken out about his struggles at Kaizer Chiefs, where he was one of the country's highest-paid footballers.

When he returned home to join Amakhosi from Russian Premier League side FC Rostov in July 2015, the centre-back was a high-profile signing. He is currently in the Bafana camp for the upcoming 2022 Fifa World Cup qualifiers against Ethiopia.

During his two-year stint with the Soweto giants, however, Xulu fell short of expectations, and he moved for Maritzburg United in 2017, where he was able to resurrect his career until joining his current club, Hapoel Tel Aviv.

With the likes of Lorenzo Gordinho, Ramahlwe Mphahlele, and Erick Mathoho favoured ahead of him, the former Mamelodi Sundowns defender believes that his problems at Chiefs made him a stronger player.

"To be honest with you, I don't think I would have existed if it hadn't been for Chiefs." “It gave me a cause to stay consistent during that period,” Xulu told Thomas Mlambo on the Ultimate Sports Show.

"A reason to claim that whatever occurs today, you have the option of doing a U-turn." You've faced challenges before and learned to overcome them; nothing will be able to stop you now.

"I'm only brave because of the Chiefs experience," she says. "That's why I believe the treatment was really important for me and that I had to go through it."

As he reminisced on his time with the Soweto giants, who had won the PSL title the season before Xulu joined the club and he was considered as a direct replacement for Tefu Mashamaite, the Durban-born player felt that the expectations were too great for him.

“The expectations that you should cope with when you return from abroad as one of the highly paid footballers in South Africa as a defender. "It's something I wasn't expecting, and to be honest, I wasn't really prepared," he continued.

“And then it was just me getting back on my feet and moving back overseas when I got back home. So it was a challenge for me not to play, not to make the first team, and not to even be there because it was something I'd never experienced before.

“I don't want to point the finger at anyone but myself. I don't think I gave myself enough credit. I'm somewhat shielded, but I should look in the mirror and see how I could have done things better.”

Since the start of the 2020/21 season, Xulu has made 33 appearances for Hapoel Tel Aviv in the Israeli Premier League.

How Natasha Tahane looks without makeup is tough to handle.

Things are not going well for King Monada.

National prayer unveiled for the finding of the four kidnapped children

You have been pronouncing "Muvhango" wrong this entire time, this is how you say it