By Therichman (self media writer) | 26 days ago 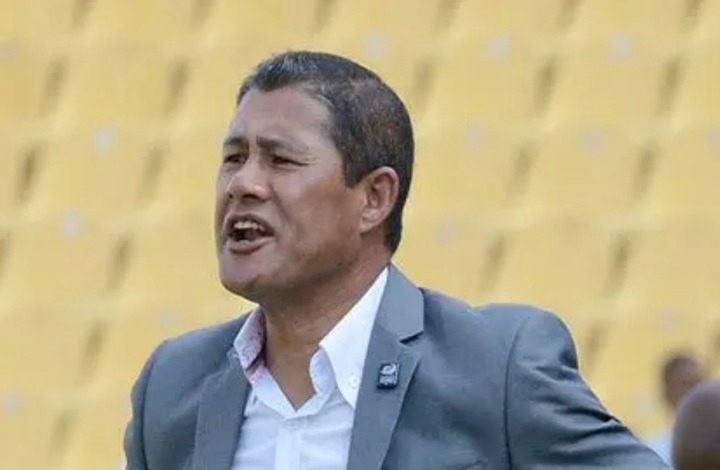 Cavin Johnson, the new coach of the Orlando Pirates, is allegedly close to being hired.

Johnson has been touted as the best replacement for German coach Jozef Zinnbauer by the Pirates.

Since the departure of Zinnbauer, the Buccaneers have been without a permanent head coach. The German coach parted ways with the Pirates amicably, citing "family reasons." He had only been at the team for a little more than two seasons. Johnson is now widely regarded to be the guy who will succeed him at the club.

Before Zinnbauer and Pirates decided to part ways, there was a lot of conjecture about his future, with the vast majority of the club's supporters screaming for his head on social media and even wondering why he returned for pre-season training. The club, on the other hand, guarded him until they split ways, Johnson now firmly in their sights.

Since Zinnbuaer's resignation, the Pirates have not named a permanent coach to replace him, instead appointing assistant coaches Fadlu Davids and Mandla Ncikazi to captain the ship until a suitable replacement is found. Now it appears that they have finally located it in Johnson.

Many in the South African footballing community were surprised when Johnson left Al Ahly, where he had recently won the CAF Champions League and other championships while acting as Pitso Mosimane's assistant coach. The timing, which coincided with Zinnbauer's departure, fueled speculation that he would be joining Pirates.

The possibility of Johnson joining the Pirates was swiftly denied, and later, a family member came forward to clarify why the former Supersport United coach returned to the country. Intriguingly, the insider also said that Johnson had asked his manager to continue contacting potential suitors in the interim.

Johnson's manager now looks to have been doing exactly that, with sources telling The Citizen that he is in advanced talks with the Pirates to take over as their head coach.

“Cavin (Johnson) has a lot of experience, he's won a lot of things, and he now has a lot of knowledge and understanding of the Caf Champions League, which is where the team wants to be. Things appear hopeful at the moment, but discussions (with Pirates) are quite tight, and his salary could be a stumbling block, as he was paid very well at Al Ahly,” added the insider.