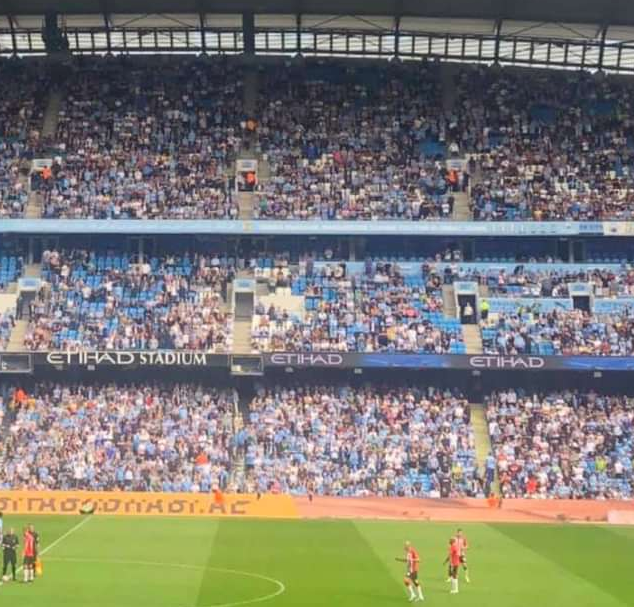 Today is an empty Etihad Stadium for Pep Guardiola's squad. In their home game, the Citizens were unable to attract a sizable crowd. After Pep Guardiola's midweek appeal over the low supporter turnout in their recent games, this is somewhat disappointing. In football, supporters are crucial, and players play for them; without them, the game would be dull. Nobody knows how Pep is feeling right now, but it's a good reminder that money can't buy followers, and that you should treat them with respect when speaking to the press. 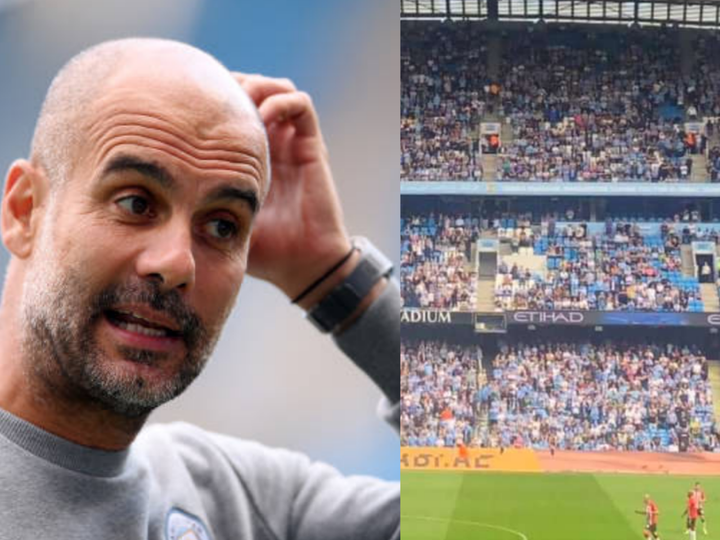 Pep did not appreciate the fans' small efforts in getting to the stadium, and he spoke as if it was a requirement for the fans to be present at the Etihad Stadium today. Southampton, he says, is a dangerous team, and he wants the supporters to come out and support them. He's poking fun at them for not supporting the team as much as they used to, but in the end, City hasn't had any interesting fixtures thus far, having just played against a few lower-level clubs. You can't expect a large audience at every game of the week, especially when we all know you don't have the same support base as Manchester United, Liverpool, Arsenal, or Chelsea. 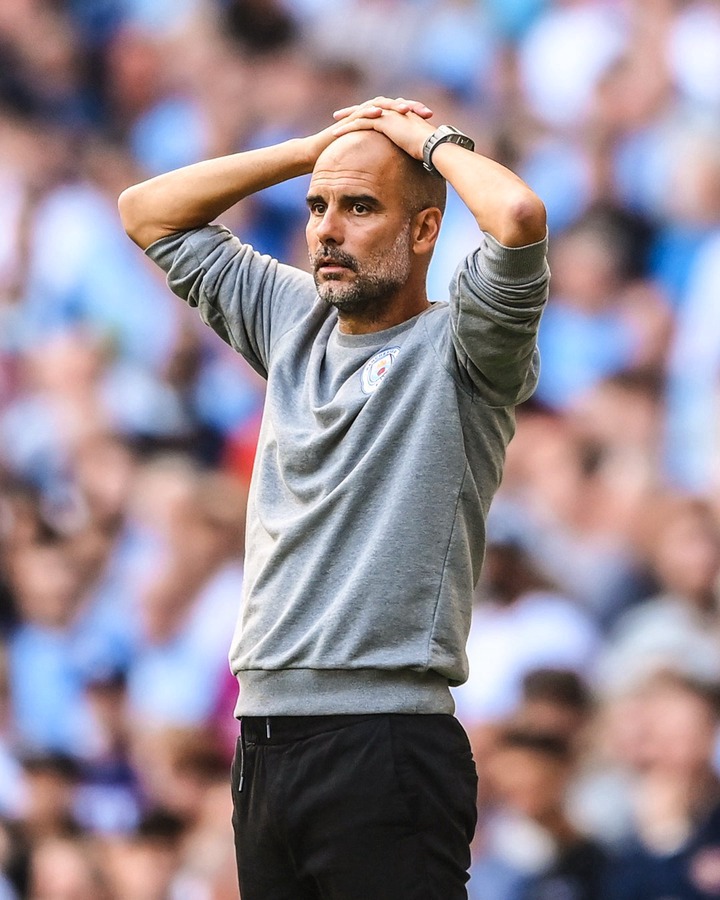 Manchester City and Southampton eventually drew a goalless draw Thursday evening, and it wasn't a bad game. Should we hold the fans responsible for not attending Pep's invitation? No, I believe we should attract Pep's attention to his errors. He ought to retract his statements and apologize to the citizens. As far as I'm aware, fans are not obligated to attend every game. It's intended to be a voluntary agreement to attend the game and support your team, not a rigid requirement. As I previously stated, money cannot buy supporters; the only thing that motivates fans to attend a game is to enjoy the moment and express their support for the players.

5+ photos of plus size model, 5th will amaze you. [Opinion]

PICTURE: A lady embarrasses herself after people noticed this

5 things you did not know about Blood and Water

Protein Sources That Are Best For Weight Loss

PiCTURES: A man built his small heaven in Kasi