The introduction of former "Bafana" coach Stuart Baxter was expected to bring some changes at Naturena. Gavin hunt's departure from Naturena could affect Stellenbosch star proposed move to Naturena. Initially Indications were that Leletu Skelem expected to join "Amakhosi together with Nange and Du preez.

However Gavin Hunt had bigger plans for star player. The latest development coming out in Chiefs camp is that the move for Skelem is now at risk. His moves is in the hands of Baxter to decide as he plans for the new campaign. The star player featured 26 times for his cape based team. He was quite instrumental for Stellenbosch. His combination play together with Junior mendieta and Ashley Du preez was a marvel to watch. 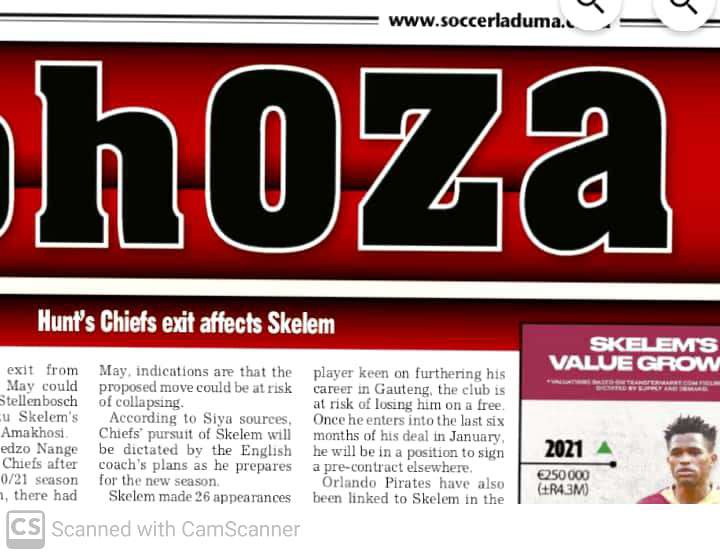 The player is still keen on making a big move to Gauteng team. He will qualify for a pre-contract come january. Pirates are understood to be also monitoring the player. Skelem's dream is to play for the national team in the future. Coming to Gaunteng could increase his chances that is part of his plan for the future.

Eat Ginger, Onions And Garlic To Cure These Diseases

Instructions to Keep Your Throat Healthy With 6 Easy Tips