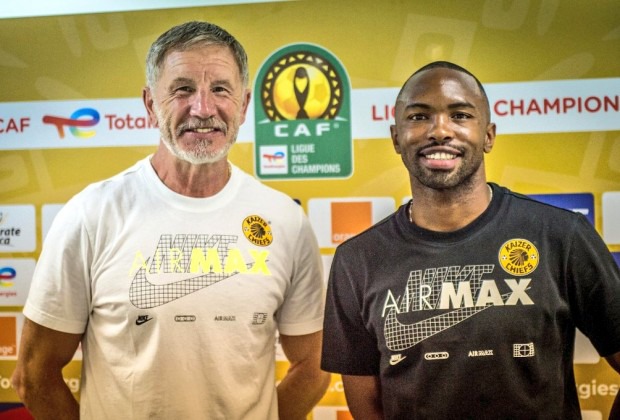 After Bernard Parker silenced his Amakhosi critics on Sunday, Kaizer Chiefs coach Stuart Baxter has revealed his method for dealing with social media critics. After scoring a well-taken brace in Kaizer Chiefs' 2-1 win over SuperSport United on Sunday evening, Bernard Parker was named Man of the Match, snapping a 31-month goal drought in the DStv Premiership.

Prior to his double in Pretoria, the veteran forward had not scored a league goal for the club in over two seasons, with his last strike coming in a 3-2 win over Highlands Park in March of this year. During his dry spell, which coincided with the Chiefs' recent on-field woes, Parker had become something of a scapegoat on social media. On social media sites like Twitter and Facebook, he was frequently criticized. After the game, Stuart Baxter stated that there is little he can do to protect his players from online comments and that he and his players must develop a thick skin in order to cope with them.

Baxter continued, "I'm not going to be able to insulate players from social media." "What you can do is try to bring up the validity issue with them."

"I wouldn't dare to criticize a brain surgeon on social media since I don't know anything about it in our day, but individuals are free to voice their thoughts on social media nowadays, whether or not they are qualified, and a tsunami ensues."

"I'm sure Bernard has it, I've had it, and Steven Gerrard [Glasgow Rangers manager] was just talking about it the other day."

"You just have to hope that people would cope with it," said Baxter, adding that "we need to work hard and win matches, work as a unit and deliver results so that we can challenge for the league title. The players just need to focus on performing well on the pitch and not mind the negative things that people say about them on social media"

"Unless he's like me and doesn't use social media, you can only prepare him for it; you can't protect him."