Maritzburg United leaped to twelfth spot in the DStv Premiership, in the wake of whipping Chippa United 5-1 on Saturday evening.

Maritzburg were without Riyaaz Ismail and Nazeer Allie, as Clayton Daniels and Travis Graham entered from the success over TS Galaxy.

It was Chippa who showed purpose consistently after Anthony Laffor failed in a low shot from the edge of the region, yet goalkeeper Marcel Engelhardt made an agreeable save.

The Team of Choice hoped to stand their ground over the early trades and had Bongokuhle Hlongwane on the finish of a ball from Thabiso Kutumela, however Chippa covered.

Chippa started to lead the pack two minutes before the half-hour mark, when Maloisane Mokhele hooked onto a cross from Ayabulela Konqobe to goad home.

The Team of Choice reacted ten minutes towards halftime and drew level, after Thabiso Kutumela jumped on a messy piece of protecting from Chippa to track down the rear of the net.

Maritzburg started to lead the pack without precedent for the match five minutes, before the advancement an awesome half-volley from the edge of the territory by Kutumela.

Chippa made a replacement in the last moment of the half, with Bienvenu Eva Nga presented for Sandile Mthethwa.

The Team of Choice expanded their count a little ways from resumption, when Hlongwane exploited poor guarding from the Chili Boys to polish off Tebogo Tlolane's conveyance.

A twofold save from Engelhardt minutes from that point kept Chippa and specifically Augustine Kwem and Konqobe under control, while Gregory Damons created an objective line leeway to deny Tlolane.

The Team of Choice made it four ten minutes to all day, as Jose Ali Meza played in Tlolane to cut in on the privilege and track down the close to post.

Chippa's wretchedness were compounded with three minutes to follow Meza made it five, with a sweet left-footed completion to see his side leap to twelfth spot. 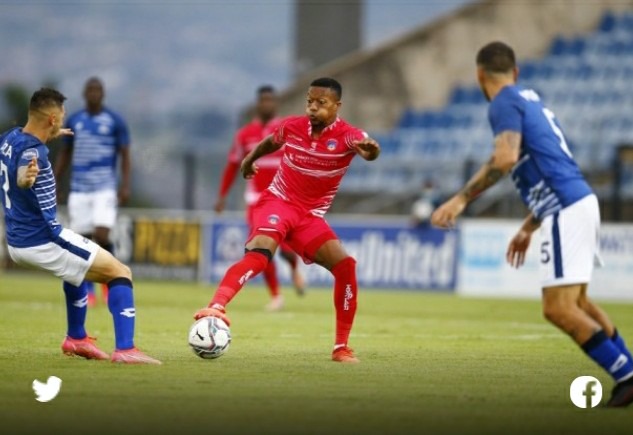 Zimbabwean Police Officer Arrested in SA for doing this, it will leave you in shock