Mphela has revealed his thoughts on Baxter.

Kaizer Chiefs have not started the current season as they would have expected, they went below expectations and their former striker Katlego 'killer' Mphela does not think coach Stuart Baxter is a problem in the club’s struggles for form and good results.

When Stuart Baxter returned to Kaizer Chiefs, there was relief amongst the Kaizer Chiefs community because of his rich history with the club, managing to end the league trophy drought of the Soweto giants in 2013. Kaizer Chiefs are currently sitting in the 12th position on the DStv Premiership log table and have recorded just six points out of six games with two losses.

The Supporters of the club have expressed their disappointments and unhappiness about Stuart Baxter but Katlego Mphela feels that the Englishman may not be the problem in Naturena. 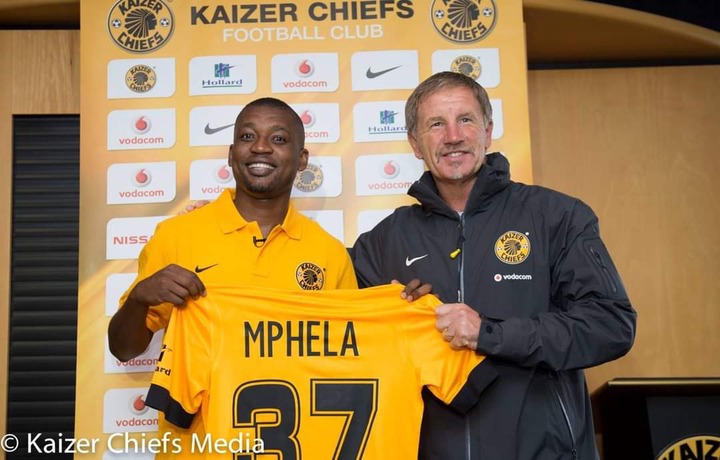 "Look, I am not the one to judge but I think he doesn't have the same players with certain attitudes he had before (in his first spell with the club). He just needs time to rebuild this team to what he wants it to be, just give him time,"

"He cannot just be a bad coach overnight. Maybe the problem is not with the coach, but with players in the squad. He must be allowed enough time to rebuild this team to it's full capacity."

"Also, they (Kaizer Chiefs management) cannot be changing coaches every season. Results will come, supporters just need to be a little bit more patient and allow him to change things around, give him another transfer window to get what he wants." - katlego Mphela

Kaizer Chiefs have received a major boost following a massive win against Chippa United and they will be very much eager to keep the momentum going when they take on their next task which is SuperSport United in another exciting league encounter.