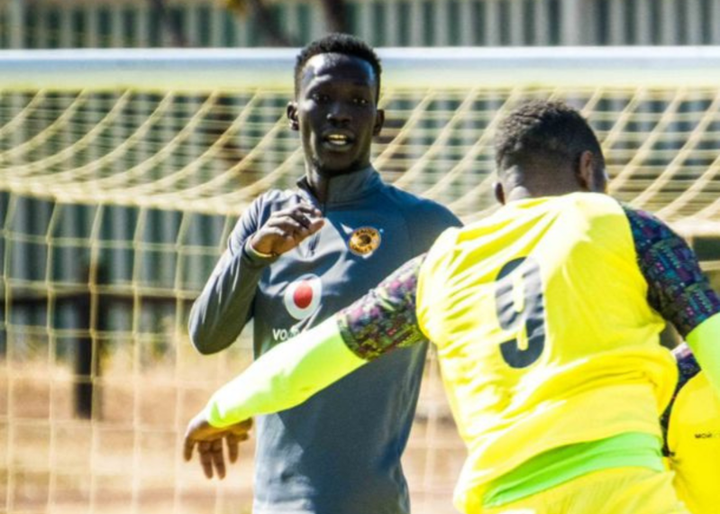 Wayde Lekay, Bonfils-Caleb Bimenyimana, and Musa Kamara were reportedly being considered by the Chiefs as candidates to increase their offensive firepower since the end of the previous season.

Lekay and Kamara are no longer considered in Chiefs' plans because they are searching for a pure striker, despite the fact that some reports claim the club management was rather taken by Bimenyimana.

Contradictory rumors have surfaced on whether Bimenyimana is the kind of player Amakhosi are actually searching for, and it was recently announced that no deal seems to have come together.

The 24-year-old also talked about his tenure at the club and made some shocking accusations against Chiefs.

I have to go on because I can't wait around for the Chiefs indefinitely, he told KickOff.com. "I won't be playing for an African team for my future team. I thought everything went smoothly while I was training with them, but since I was only supposed to remain for two weeks, they kept me for an additional week, so I'm not sure what ultimately transpired.

"Since then, they've added me to the waiting list. Instead of keeping me waiting, I believe they ought to have been open and honest with me. They lack professionalism. They ought to have been able to be honest and inform me that they won't sign me, allowing me to continue without thinking about waiting.

"For the three weeks that I was there, I ignored all other possibilities since I was confident that I would strike a deal there. It now seems as though my time spent with them was a complete waste. In the upcoming season, I wish them the best of luck, Bimenyimana continued.

However, SABC Sport reported that the Burundian attacker might be on the verge of returning to South Africa to finalize a deal with Amakhosi. According to the report, the strong forward had actually done enough to win over the Chiefs' management.

The club appeared to have confirmed Bimenyimana's signing when they used him in a photo with the phrase, "He is back. Caleb Bonfils However, it's unclear if this was merely a visit or if there might be a deal in the works.

Chiefs has previously avoided making a commitment when discussing Bimenyimana.

To be quite honest, he (Bimenyimana) has done well, stated Arthur Zwane last month, according to FAR Post. Because of the type of striker we are searching for and the type of player we want to play now and in the future, we are still unsure if we will bring him on or if we will keep exploring.

We cannot just have a box-sitting individual. Yes, he is incredibly mobile and adept at handling the ball, but we are also considering other traits.