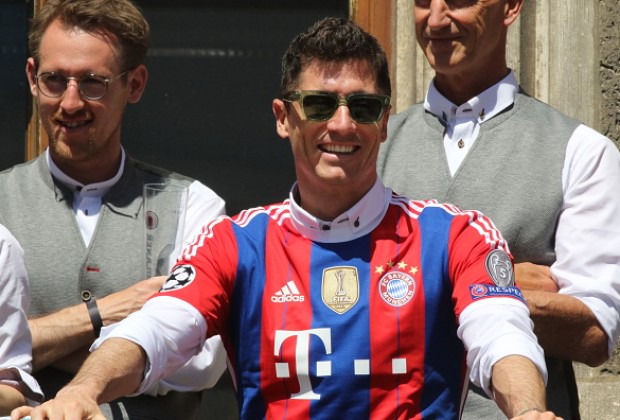 The astonishing assertion that Robert Lewandowski wants to sign with Barcelona to demonstrate to the world that he is superior to Karim Benzema was made by the player's former agent.

It is well known that the 33-year-old, who has spent the last eight years at Bayern Munich after moving there in 2014 from Bundesliga rivals Borussia Dortmund, wants to join the Blaugrana ahead of the 2022–2023 season.

Lewandowski has made it obvious in multiple interviews over the past month that he wants to play for Barcelona and has publicly urged the Bavarians to accept an offer from the Spanish powerhouses.

The Polish player is reportedly driven to prove that he is superior to Real Madrid star Karim Benzema, according to his former agent Cezary Kucharski who a lot of people believe is the favourite to win the Ballon d'Or in 2022.

He wants to visit Barcelona in order to demonstrate that he is superior to Benzema, according to Kucharski, who also spoke to Radio Ser.

"Lewandowski lacks aspirations. He takes his football playing very seriously and treats it as a job." Barcelona and Real Madrid compete on an equal footing.

Since moving to Munich, Lewandowski has made 375 appearances for Bayern and has tallied 344 goals and 72 assists while winning an astonishing 19 championships.

Lewandowski Wants To Prove He Is Better Than Benzema' https://www.soccerladuma.co.za/news/articles/international/categories/bundesliga-news/robert-lewandowski-wants-to-prove-he-is-better-than-karim-benzema/719690?next=true