What a game, what a beautiful game. You need to understand soccer to feel those words. Yet they had to be a winner for today's game. And Atletico Madrid took all three points to set well in second position on the Laliga League log. Not much could Barcelona do, while facing an experienced side of Atletico Madrid. Atletico played there on game, according to their own strengths. And not mention that they are the Laliga Champions. Things have not been the same for Barcelona after Messi left, now many can see the amount of weight that Messi was holding on his shoulders. Barcelona was Messi and now the ship can't handle the waves coming at it.

Last season they let go of L. Suarez saying that he is old and then he became a champion with Atletico. And now Barcelona gave Atletico their experience player A. Griezmann. Things are not being managed well at Barcelona. 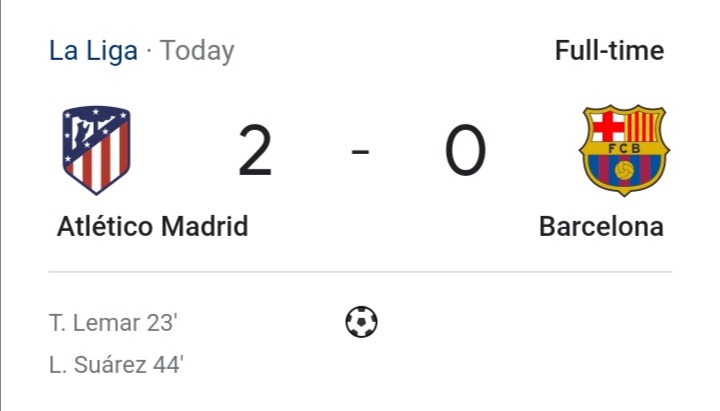 There was no goals in the second half as much both sides tryed nothing came. 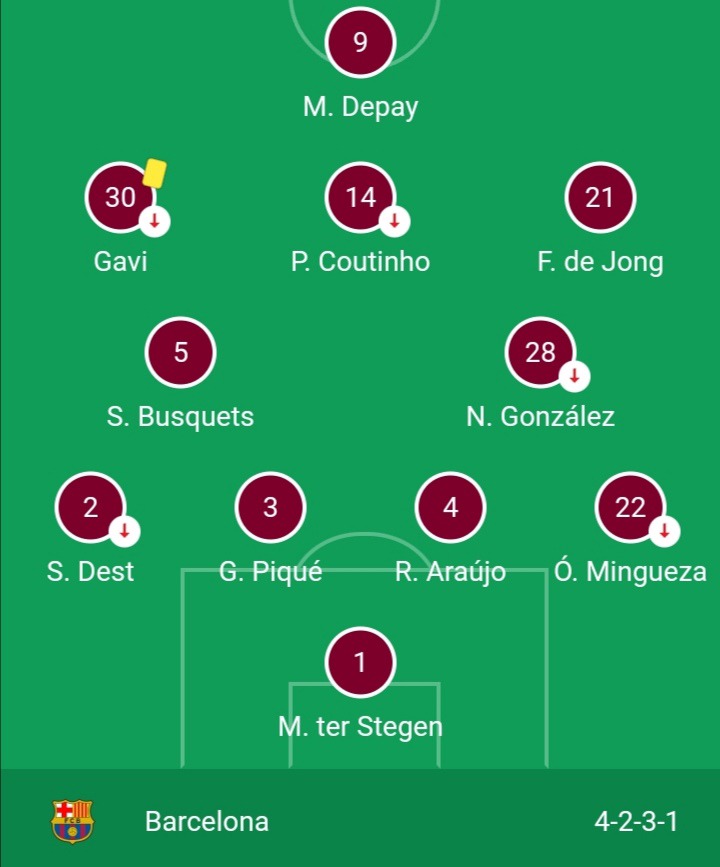 The starting lineup for Barcelona. P. Coutinho could not do much. A. Fati came in as a substitute yet nothing on his side. L. De Jong couldn't affect the game. 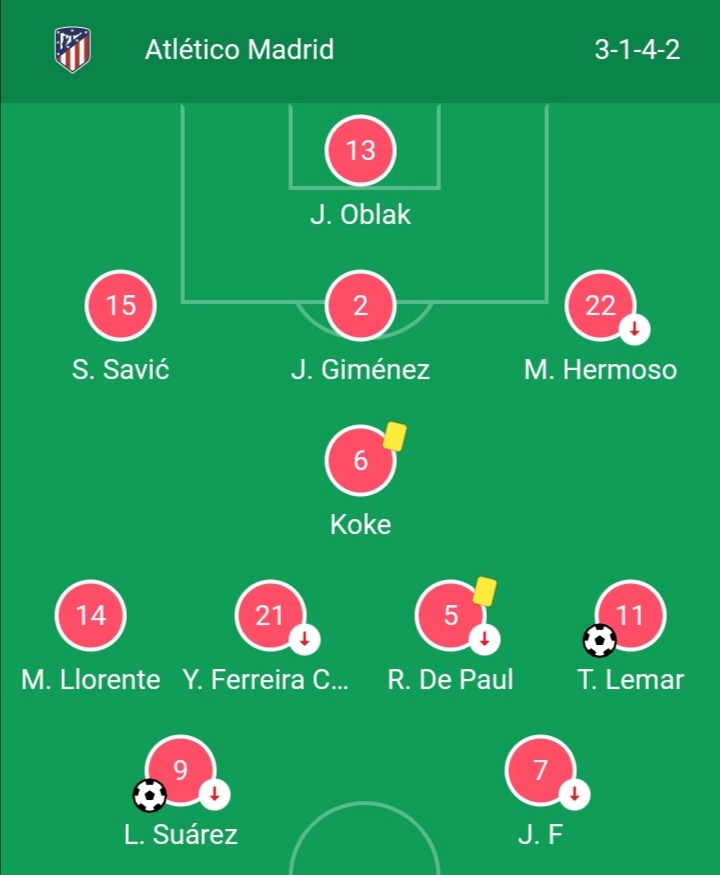 Atletico Madrid starting lineups. A. Griezmann came in as substitute but nothing from him, A. Correa was just to control the game. 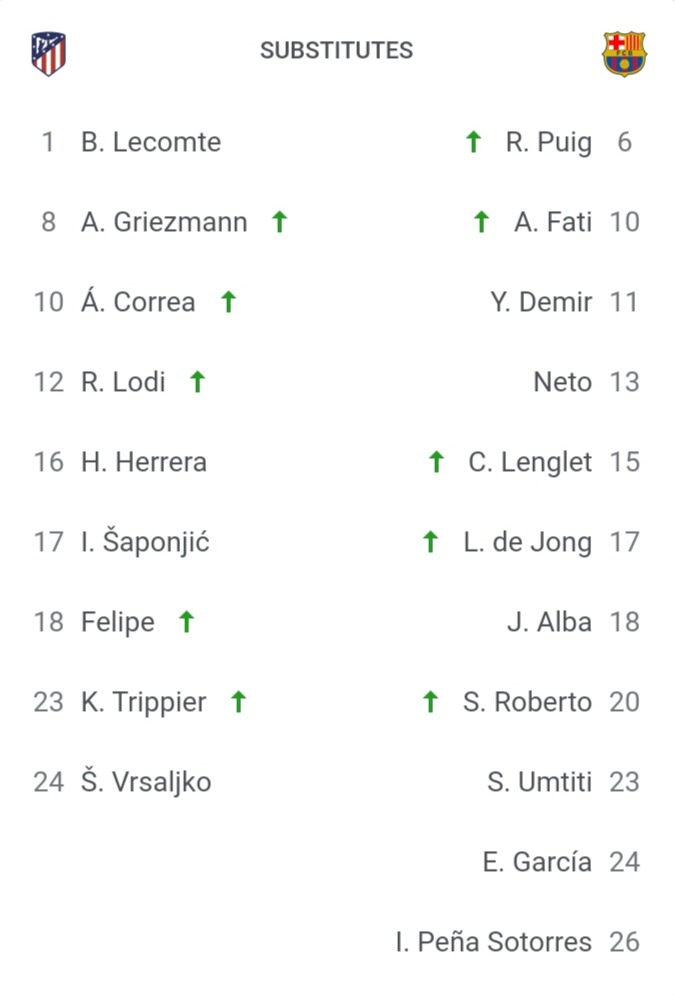