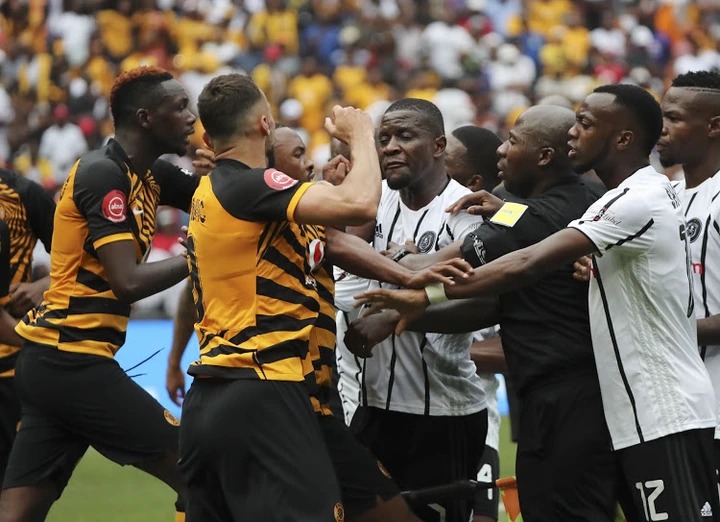 ﻿Sought-after striker in the Premier Soccer League getting close to signing with a Soweto giant?

The rivalry between Kaizer Chiefs and Orlando Pirates in the Premier Soccer League (PSL) is one that shows no signs of abating, and the Soweto derbies are consistently regarded as some of the most exciting and difficult matches to watch in the PSL.

On the field, the two Soweto-based giants have a contentious rivalry, which makes it exciting to watch the two clubs compete against each other in a league or Cup match.

In spite of their competition with one another on the field, the Soweto giants frequently share a preference for particular players when it comes to expanding their rosters. The two teams will occasionally go after the same high-quality and talented players in the PSL and will make offers to these players in an effort to bind them to their respective clubs.

Both Kaizer Chiefs and Orlando Pirates have been rumored to be interested in acquiring Chippa United's Bienvenu Eva Nga, but according to our sources, Pirates are currently in the driver's seat in the competition to acquire him.

After a two-year run with Chippa United, it appears that Eva Nga's time there has come to an end, and he is rumored to be playing his farewell game with the club on the day that they take on TS Galaxy. The rumor has it that Nga will play his last game with the club.

Reportedly, Kaizer Chiefs made an offer for the striker, but it was not accepted by the other team. It has been rumored that Orlando Pirates had presented an offer for the player as well; however, it is unknown whether or not the agreement was successful.

Bienvenu Eva Nga made a veiled reference to potential bids from high-profile PSL clubs. "We have a wide variety of deals. They are already present there. Very very huge (name clubs). Local big names. Very very big names. You are going to get it shortly. Very very soon, "Eva Nga stated.

Eva Nga also discussed Chippa United's final game of the season and how he and his teammates will approach it to bring the season to a close. The match will take place on the final day of the regular season.

"Every game is extremely significant to us. We never take any game lightly, but especially the one that ends the season, we don't do that. We need to have fun, and we also need to win, if we want to be happy when we go back home. It's the last game of the season, so we owe it to our fans to do everything we can to make them happy. We are prepared to sacrifice everything in order to succeed "he remarked.