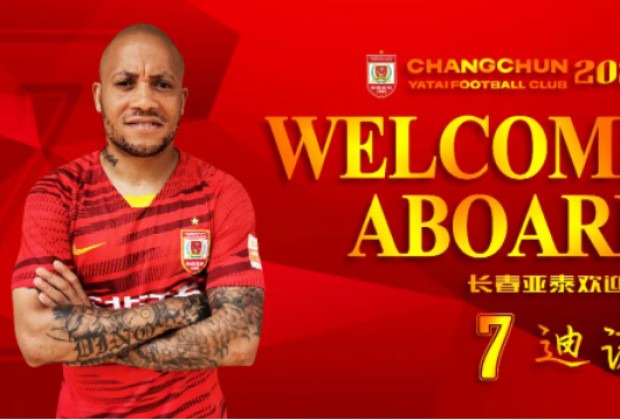 South African striker Dino Ndlovu wasted no time as he got off the mark with his new club Changchun Yatai in the Chinese Super League.

Dino Ndlovu signed for the Chinese Super League Club not so long ago as he joined them from Turkish second division side Kocaelispor.

The 32-year-old striker who formerly played for SuperSport United and Cape Town City FC in the Premier Soccer League (PSL) has established himself as a deadly striker in the last seven years.

The deadly talented forward scored 9 goals with one assist in just 15 matches for Kocaelispor last season and his performances made him a fan favourite at the Turkish side.

Ndlovu has now played 5 matches in total for his Chinese Super League Club, and match number 5 was his starting point as he opened his account with the club against Zheijiang Professionals, as he scored in the club's 1-1 draw.

His statistics with the Chinese side goes as follows. Five matches played, one goal scored and one assist provided. Dino Ndlovu is very talented and more goals should follow now that he opened his account with Changchun Yatai.

Click on the link provided below to watch Ndlovu score for his Chinese Super League club. 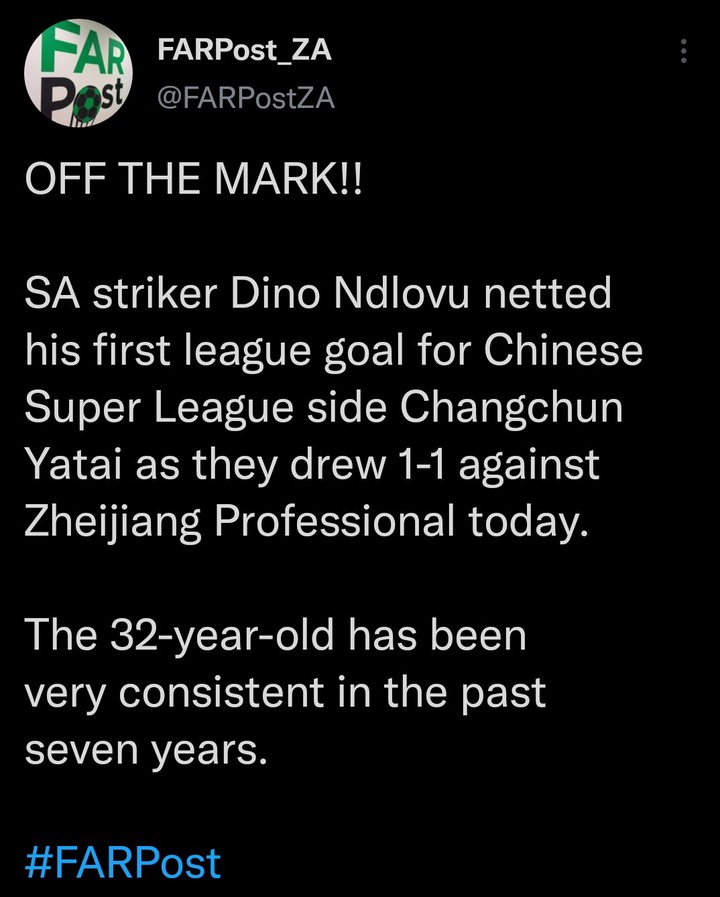