Thembinkosi lorch has taken some videos practicing football in his house. The videos that he shared on instagram while he was earing a manchester city kit. That proves enough that he is a manchester city fan. Here are the two screenshot taken from instagram watching the video uploaded by lorch on reels. 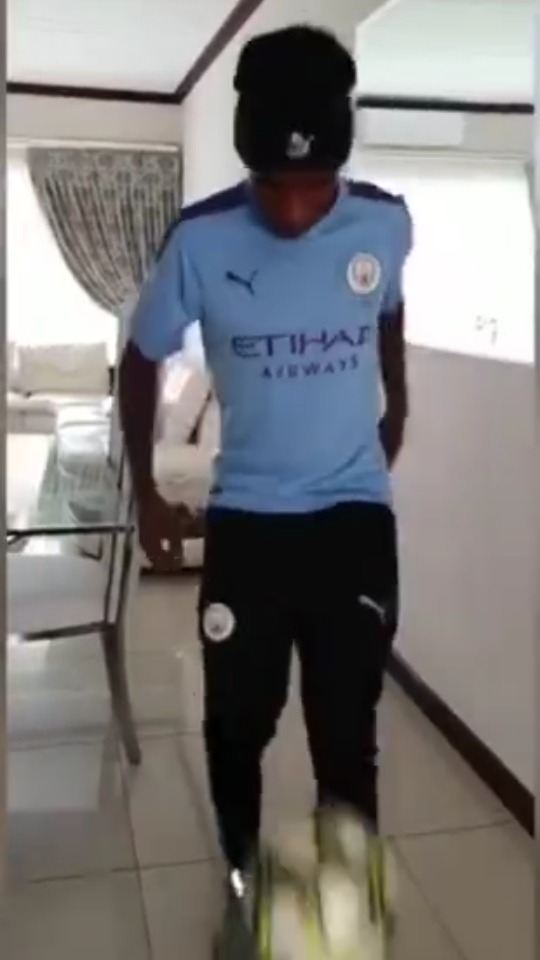 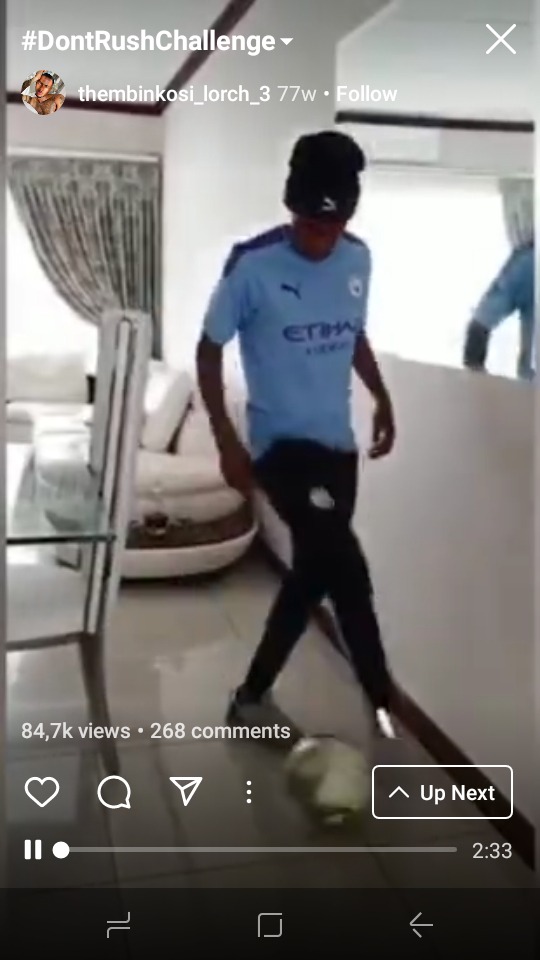 This proves that when a player is playing for a certein team that doesn'g mean he doesn't admire other teams. To see the kit that lorch is wearing in his house playing football. That kit is for manchester city while lorch is playing for orlando pirates.

Lorch has showed some other players that they should not be ashamed to wear other teams kits. That's if they love those teams. Some other players should do what lorch did. Meaning that everyone has a right to wear whatever he likes. But in respecting the team he plays for he decided to wear the kit around hid house not public.

Surely it is unusual to see a player wearing other team's kit than to wear his own team kit. As it is unusual that means the other players world wide are ashamed to wear other kits.

Other players are ashame to do what lorch did. They prefer to wear the kit of the team that they only play for. Even some of the people who saw the video on reels were suprised. And one person commnted about the manchester city kit. Here is a screen shot of commemts from instagram in proving the comments shared by people. 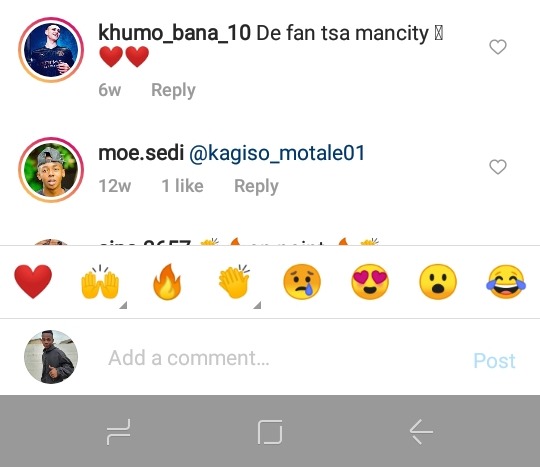 If this has started with thembinkosi lorch it means that other players won't be ashamed anymore. You may find a kaizer chiefs player wearing a chelsea kit.

Thembinkosi is seen now as a brave player who can do anything he likes. The video in instagram shows.