By OnlineNewzBible (self media writer) | 9 days ago

Despite having been the subject of speculation sorrounding his future at Egyptian giants Al Ahly, it seems head coach Pitso Mosimane's time at the club might just have been a little bit extended beyond what we have thought, this after he instructed the club to raid Soweto GIANTS Orlando Pirates for one their top and upcoming coaches. 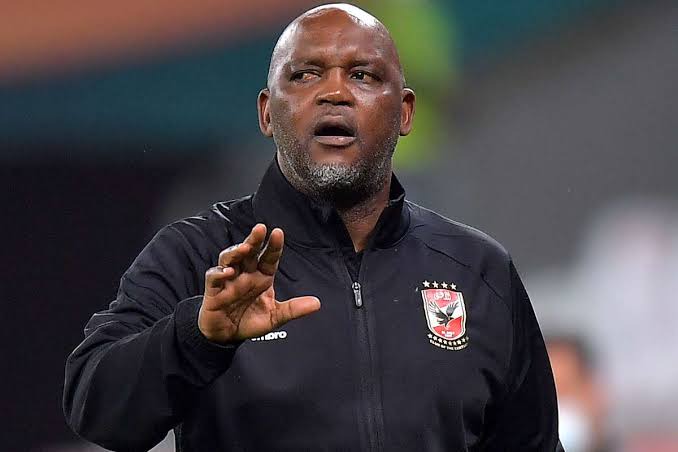 Mosimane has for some time set his eyes on Pirates' technical analyst Kyle Solomons, it was believed that Solomons' ability to speak Arabic may have influenced Pitso's seeking his services.

However, following the departure of Yusha Said, who is formerly of Pirates as well, Solomons has been appointed at the club to take over the role, the news was announced by MT Sports, an agency whose owner is Pitso's wife, which represents him. 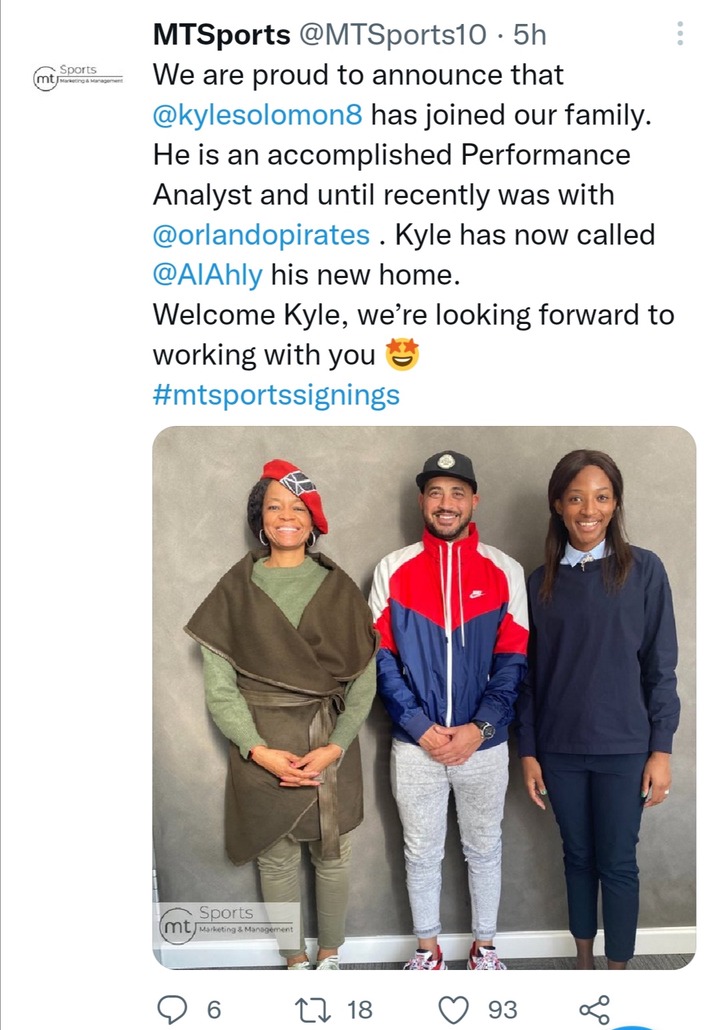 "We are greatly proud to announce that kylesolomon8 has joined our family. He is an accomplished Performance Analyst and until recently was with @orlandopirates . Kyle has now called @AlAhly his new home. Welcome Kyle, we’re looking forward to working with you 🤩," the agency posted on their official twitter account.

Solomons will link up with Pitso and some fellow South Africans in Red Devils' technical team. When the reigning CAF Champions League winners came calling for Pitso towards the end of last year, he took with him analysts Musi Matlaba and Kabelo Rangoagoa.

Therefore, Solomons will add his expertise to an already star-studded team. 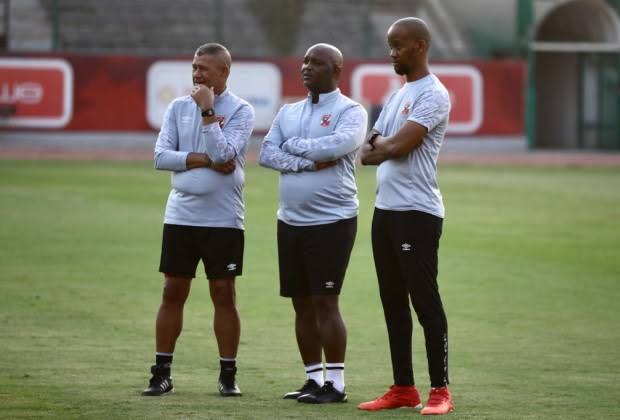 He is the second South African coach to head to the North African country in recent weeks, following the arrival of another former Pirates coach Roger De Sa to take over the role of assistant coach in the Egyptian national team.

What do you make of Solomons move to Al Ahly. Do you think it will be fruitful for both him and the club?