Stellenbosch FC have done some business. Reports say the Western Cape outfit have marked two players in the wake of moving Zitha Kwinika and Ashley Du Preez to Kaizer Chiefs.

As per the report, Stellies have gotten the 26-year-old midfielder Sihle Nduli from TS Galaxy, as well as the 31-year-old German worldwide protector Lasse Sobiech, who was a free specialist since leaving Bundesliga 2 side SV Darmstadt 98.

Nduli is supposed to supplant any semblance of Granwald Scott and Nathan Sinkala, while Sobiech replaces Kwinika. It could go one way or another for the German, as European players frequently show different class or the PSL demonstrates excessively fast for them. 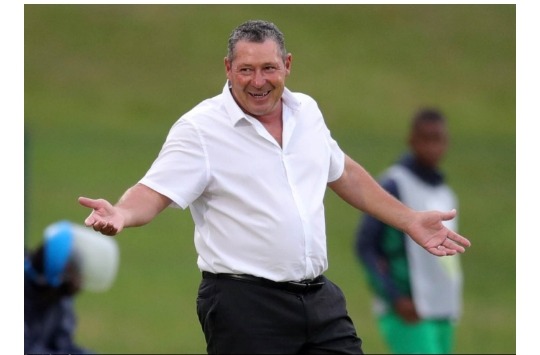 Steve Barker is beginning to revamp his new crew after the takeoff of seven players. Picture: @StellenboschFC/Twitter

In the mean time, the Cape Winelands side is supposed to make the authority declarations at the appointed time. Stellenbosch have additionally purportedly marked TS Galaxy's kid going after midfielder Sinethemba Mngomezulu.