Pitso at the Al Ahly exit: I needed this time to rest with my family! 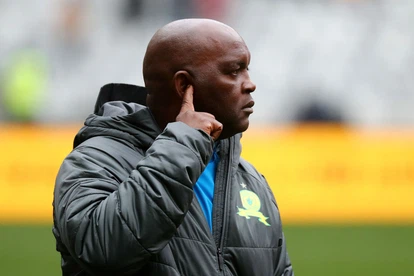 Pitso Mosimane, the coach of Egypt's Al Ahly, has stated why he decided to leave the club.

Pitso Mosimane had just signed a new two-year contract with Egyptian giants Al Ahly when he abruptly sought permission to quit the club after recent discussions earlier this month.

TRANSFER NEWS: CHIEFS ARE UNLIKELY TO WELCOME MMODI... FOR THE TIME BEING

Mosimane, on the other hand, would not have requested to leave Al Ahly if he had no options or potential offers in front of him. As it is, he is expected to receive high-paying job offers from all across the world. 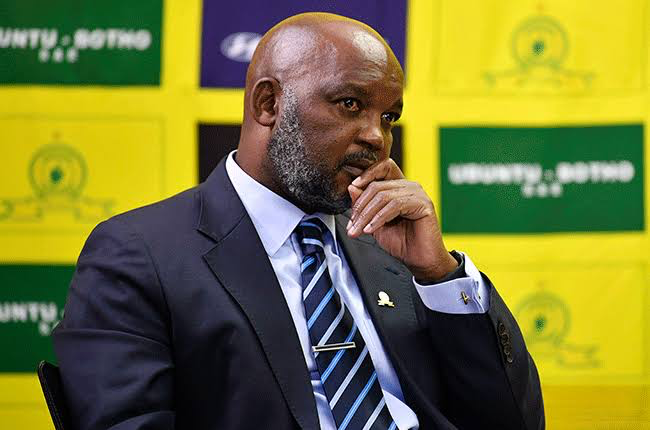 The senior coach earlier stated that new opportunities for African coaches are available in the United Arab Emirates (UAE), and this may be his first choice.

CONFIRMED: YOUNG AFRICAN STARS ARE NOT GOING TO BE CHIEFS!

Mosimane was a well-known coach with Mamelodi Sundowns and served as national caretaker coach for seven games in 2007.

However, he has curiously noted on social media that his reasons for returning to South Africa were mostly for family concerns, implying that the veteran coach may not hurry into a new role.

"Al Ahly did not fire me or force me to leave. I have great admiration for President Khatib and the entire board, including all Al Ahly supporters. "I will always remember all of our trophy celebrations," Pitso wrote on Twitter.

"I have recollections that I have archived" (banners, chants of me at the stadiums). Unfortunately, I had to return home because I needed the rest with my family. You now have a skilled European coach. Everyone should show their support, and I believe he will leave the jersey in a better condition than he found it."

"I hope Pitso Mosimane had the opportunity to manage Bafana Bafana." I adore him as my favorite coach. He will always hold a particular place in my heart, and I plan to have the Motsepe Foundation pay for his wages. "I believe he is of high quality, and high quality should not be cheap," Motsepe remarked.

Meanwhile, Mosimane's manager - and wife - Moira Tlhagale indicated in a recent interview with TimesLIVE that there are plenty of possibilities. 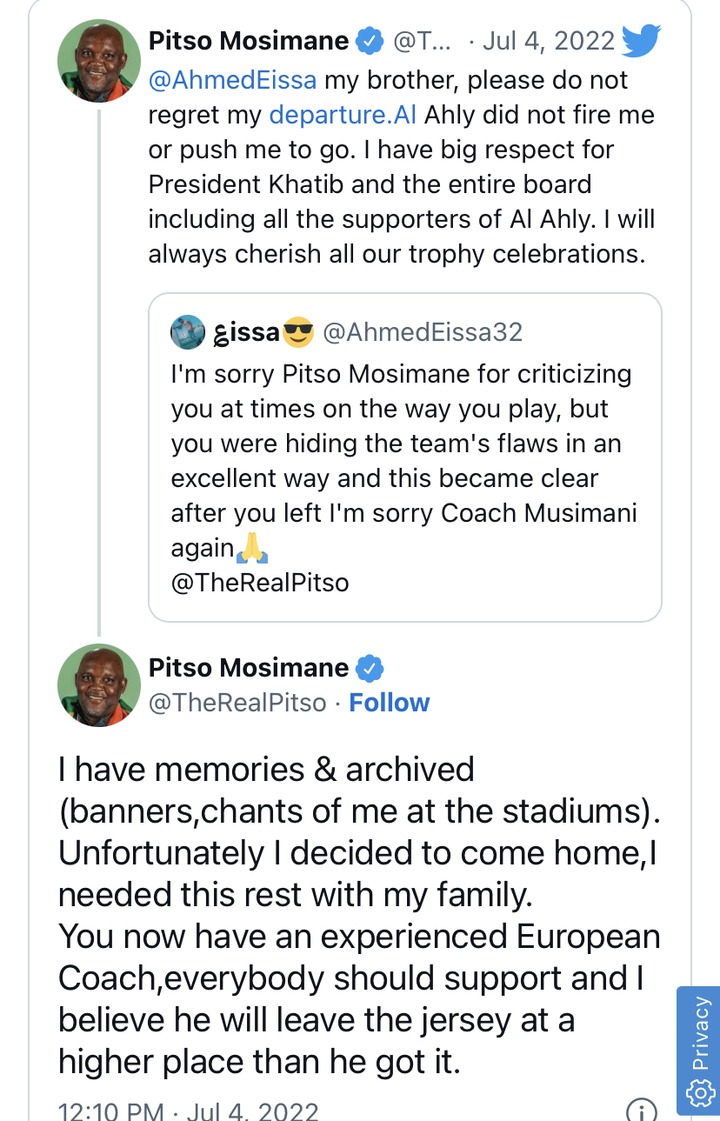 "I've received numerous calls from foreign and domestic [South African] clubs interested in Pitso Mosimane, but it's important to note that we have not signed anything with anyone."

"Interest is both international and domestic, with three local SA teams interested in the coach's services."

"In terms of talks, we have not gone into too much detail with anyone. Some of the teams who contacted wanted to know if he had previously signed with anyone.

"This is due to media claims claiming that he has been connected or signed with various clubs, which is completely false."