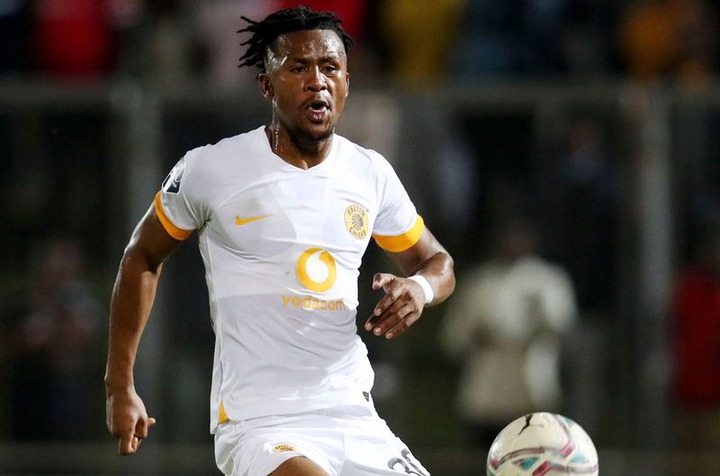 The DStv Premiership champions destroyed Amakhosi 4-0 on Saturday in front of a packed house at Loftus Versfeld.

Due to Ngezana's inexperienced mistakes, which caused Zwane's team to give up the first two goals, Ngezana was replaced at halftime.

Ngezana was not performing at his peak on the day, but "10111" still rates him as one of their top defenders.

According to Zwane, who was quoted by the iDiski Times, "If you look at how it transpired, it happened early in the game and from then he couldn't recover."

It isn't like Siya. One player that stands out among our finest defenders in one-on-one situations is Siya. For instance, in the fourth goal, when they play the ball down the line, Siya typically scores first.

He was regrettably not himself today. I believe it is also due of the knee. He really approached me following the game because, as you may recall, he was unable to complete it. He stated, "I'm not 100%, but I'll give my best," as he approached me. Try, and if you can't, we'll get you out and get someone else in, I said.

ZWANE: "I'M NOT GOING TO KILL HIM"

Ngezana and the other Kaizer Chiefs center-back, Zitha Macheke, have a strong defensive pairing, according to Zwane.

"With the type of game we're about to play here, we didn't want to disrupt that pairing between him and Zitha. The Chiefs coach continued, "Unfortunately, he wasn't himself, he wasn't at his best, and he had to commit, and it crushed his confidence.

However, similar incidents do occur in football. Due to that, I won't be killing him. We'll make an effort to encourage him during training. These errors will continue to be made by many other players before we move on. We all make mistakes, but we'll become better with practice.

"Even I believe the umpires erred when they issued Zitha a yellow card for a foul that wasn't even his. However, it's one of those things, and what I'm trying to convey is that since we're all human, mistakes are inevitable. It's a component of the game. We rectify our faults moving forward.