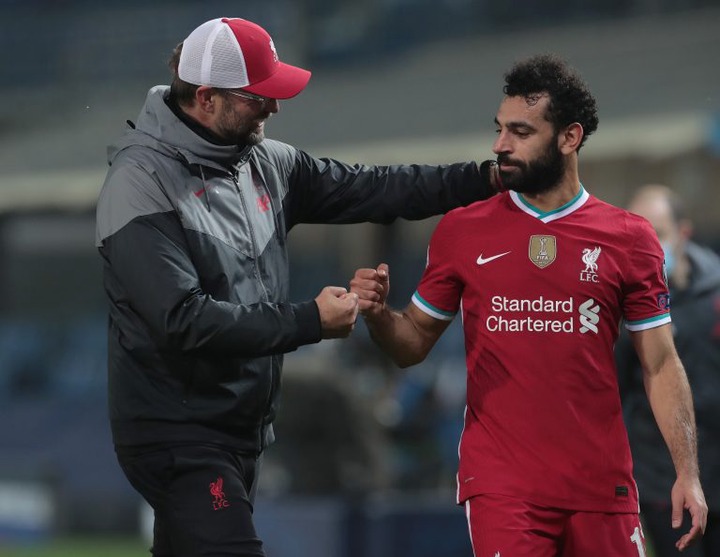 Mohamed Salah, the Liverpool superstar, is off to a flying start in the 2021/22 season. He became the highest African striker in the Premier League with his hat-trick against Manchester United on Sunday night. In the new season, the 29-year-old has 15 goals in 12 games in all competitions.

Salah's contribution to Liverpool is undeniable, but his future remains uncertain due to his contract predicament. Last week, the Egyptian stated that he would like to finish his career at Anfield, but negotiations for a new contract have stalled.

According to recent rumours, the former Chelsea forward is looking for a contract extension for £500,000 per week. With his current deal set to expire in 2023 and the forward turning 30 in less than a year, the Reds may be hesitant to pay such astronomical compensation, fueling rumors.

In the middle of all, El Nacional of Catalonia claims that Liverpool manager Jurgen Klopp has accepted the risk of losing his star forward next year if a new deal cannot be reached. According to the article, the Merseysiders are preparing to bring in a new generation of stars to replace some of their aging players.

If Liverpool decides to split ways with Salah, Antony of AFC Ajax and Karim Adeyemi of RB Leipzig are two forwards on their radar. The Egyptian has surfaced as a target for La Liga heavyweights Barcelona and Real Madrid, who have both been interested in him for some time.

According to the claim, Klopp has advised Salah to select Barcelona over Real Madrid. This is because the 29-year-old would be the main man at Camp Nou, whereas at the Bernabeu, he would have to compete for attention with the likes of Karim Benzema and possibly Kylian Mbappe.

In the event that an extension with Liverpool cannot be reached, the player's camp is also said to favor Barcelona. As things stand, everything is simply speculation, especially as Salah has stated that he wants to stay with the Merseysiders. However, if a new contract is not signed, an exit may become a viable option.

Dj Zinhle Disclose Something About Kiernan and Bongani