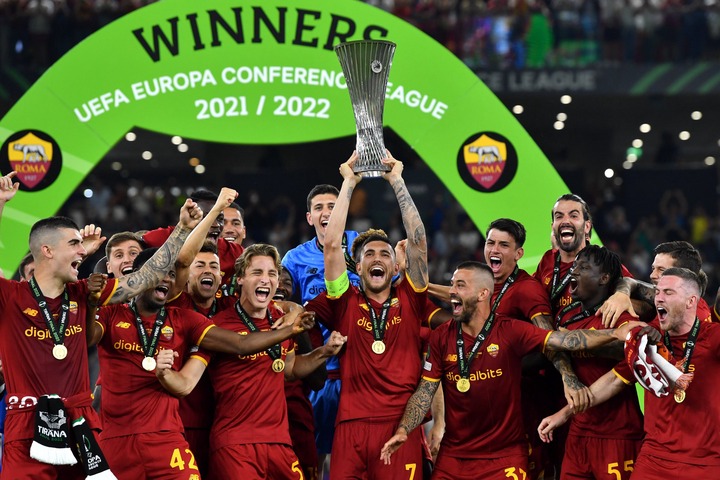 As Roma became the first club to win the UEFA Europa Conference League cup after defeating Feyenoord 1 - 0 at the Arena Kombetare in Albania.

The UEFA Europa Conference League is Roma's first ever major European cup. This victory also marked a milestone achievement for Roma head coach, José Mourinho winning his fifth European cup final. He did not disappoint the fans as he celebrated by lifting 5 fingers in the air after the match. 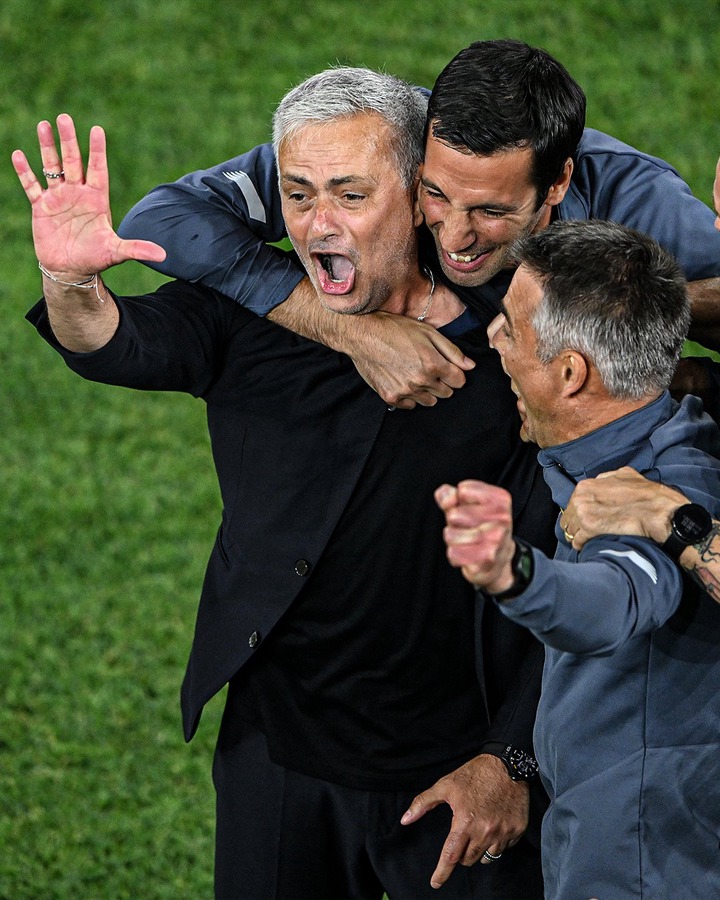 Roma had gone 14 years without winning a trophy. This is a victory that brought joy to Mourinho as after the match he stated that “I’m gonna turn down any proposal. I will stay here at Roma even if there are rumours. We made history today”.

“I have no doubts, I will continue as Roma manager ”.

The match winning goal came in the first half in the 32 minute when Nicolo Zaniolo made sure to put the ball in the back of the net from a pass that came from Mancini.

The match was far from a glorious final but Roma got the job done with some superb defending.

The victory means that Roma will challenge in the Europa League next season having finished 7th in the domestic league, they have been granted automatic qualification.

Social media went into a frenzy as the Yellow and Reds picked up the win with messages of congratulations coming in for players like Tammy Abraham and Chris smalling who won the man of the match award for his defensive duties.

The messages were lauding the players for taking a leap of faith and moving to Italy in a world cup year.