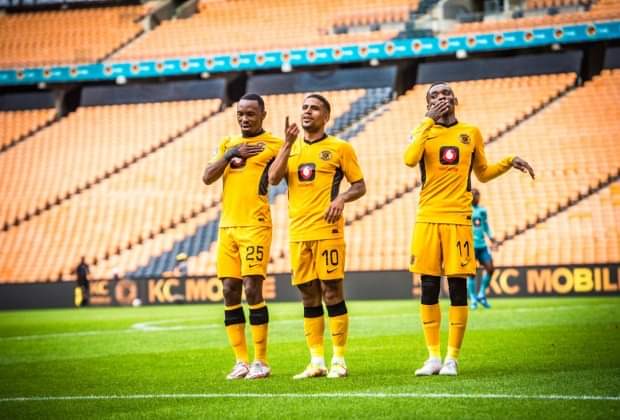 Chiefs made only one enforced change, as Sibusiso Mabiliso took the place of the injured Sifiso Hlanti while Pirates made three alterations, as Thabang Monare and Ntsako Makhubela were recalled alongside a first start for Kwame Peprah.

Amakhosi had a chance to go ahead in the 14th minute with a free-kick on the edge of the box after Khama Billiat was brought down going clear on goal from a counter-attack but Billiat curled his effort just over the bar.

The Buccaneers were taking the game to Chiefs, looking to unsettle their defence with the speed and mobility of Peprah and they were finding openings but they did not have the finishing touches.

Keagan Dolly and Christian Ronaldo are the reasons why some people still have jobs, just saying. If you know, you know. They thought we were going to punish them with CBD we have our own HBD hlantswayo,billiat,dolly.

Am a Kaizer Chiefs fan and happy for the win but Chiefsis playing whack football though, sitting at the back leaving Dolly n Billiat in the front n hope for a luck what kind of tactic is that and for a team like Chiefs that's so boring man.

In this celebration only Hlatshwayo missing there.Norkovic when he scored an acrobatic kick Hlatshwayo was there on that incident, what a troughball to Billiat instead of clearing out the ball.maybe he received bribery from chiefs.