If we're still anticipating a lot from a deceased family member after they die, death might be very painful. The Mayiwa family was one of the most well-known family to be deeply affected by the death of Senzo Meyiwa, the late Orlando Pirates and Bafana Bafana goalkeeper, who passed away seven years and months. 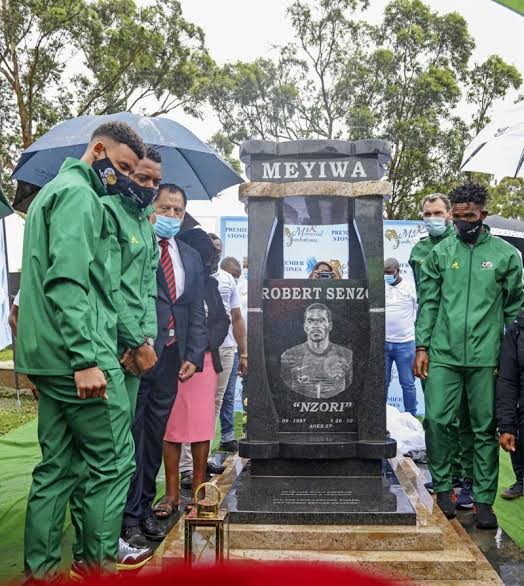 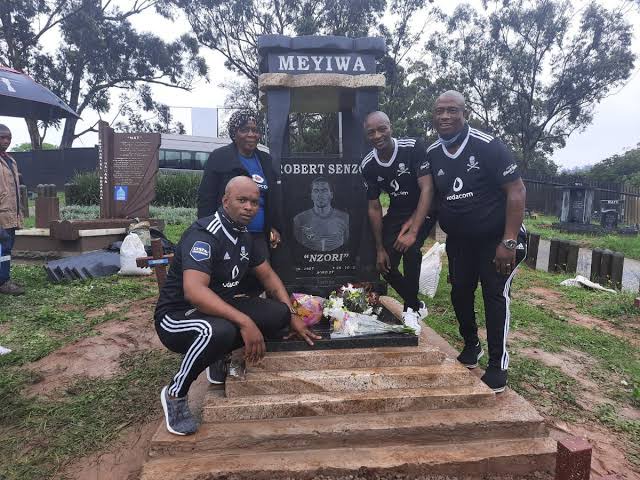 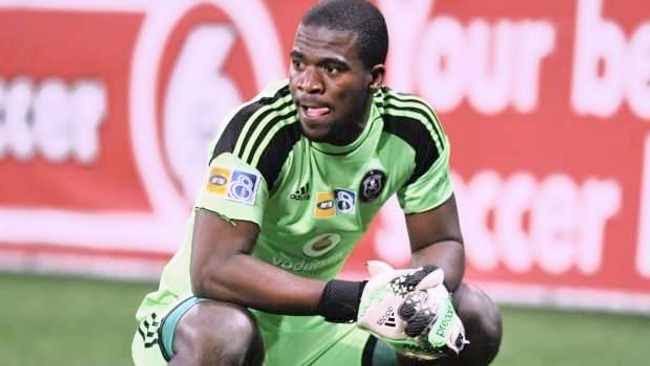 Senzo Meyiwa unfortunately lost his live in a shooting at his girlfriend house in vosloorus home on October 26, 2014. Everybody in the country was in shock and astonishment after Senzo's death occurred. This man's tragic demise was described as both mysterious and unexpected. 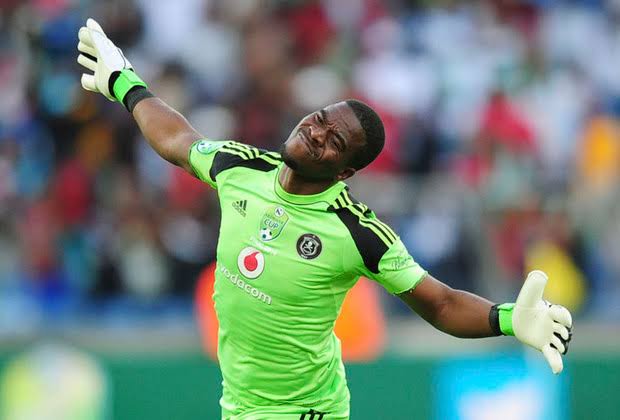 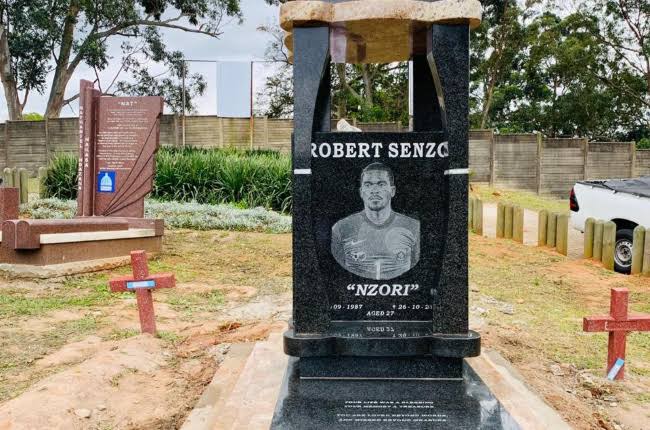 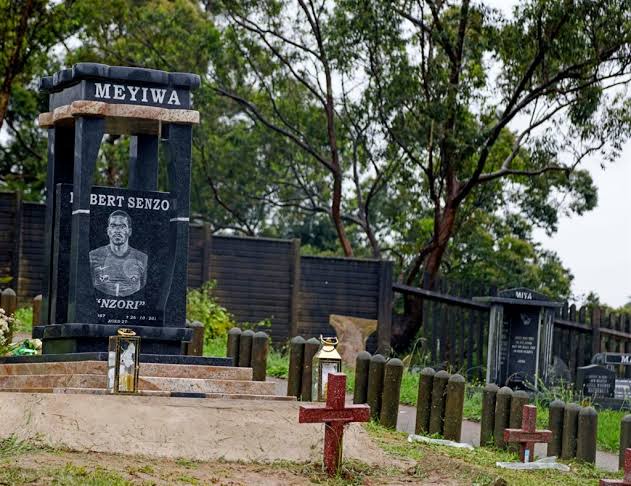 People were expecting a lot from the goalkeeper, who was still in his twenties. To make matters worse, his father passed away from heart failure as a result of his son's unaddressed problems. Since Senzo's death. Numerous people now believe that the real perpetrators of the crime are still at large and are big people because of the lack of significant arrests since then. Other assume that the real killer is a well known person and he/she is loaded. 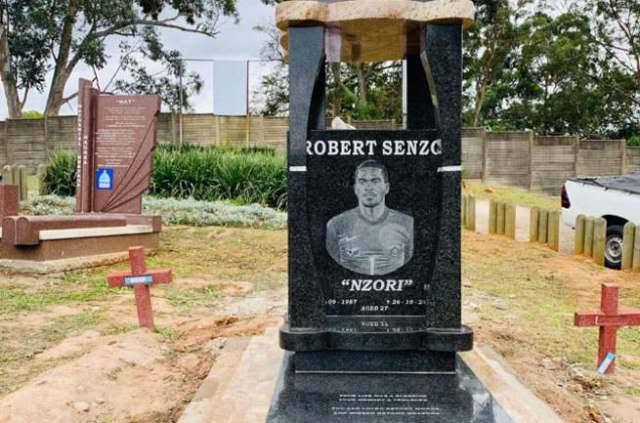 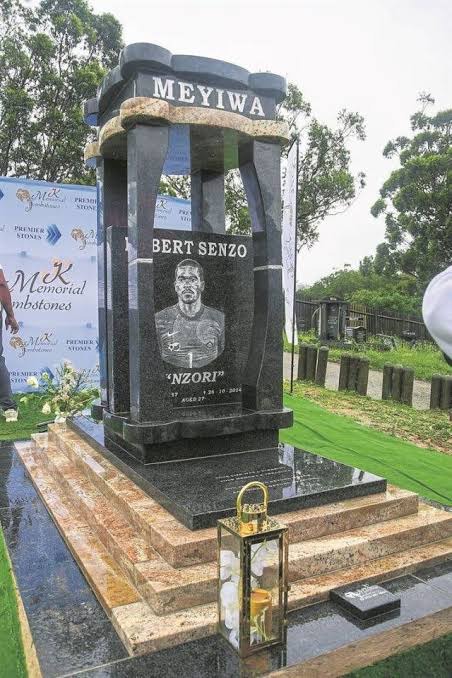 Senzo meyiwa was laid to rest at Durban, South Africa, where he had been born and raised. The service was held at a nearby cemetery in November 2014. Among the mourning were former South African President Jacob Zuma and the country's Minister of Sports and Culture.

Years after his death To commemorate him, an anonymous donor, the Bafana Bafana minister and other players decided to attend the unveiling his gravestone in Durban. An excellent illustration of this can be seen in the monument shown in the photo below and above.

Please don't forget to follow us to stay up with the newest developments.