Kaizer Motaung Jnr is expected to take centre stage in Kaizer Chiefs’ search for the next head coach, although indications are that the sporting director is a firm believer that Arthur Zwane is ready to take over.

The Glamour Boys pulled the plug on Stuart Baxter’s second reign late last month with seven games to go and the statement that came some 12 hours after Soccer Laduma had first reported the breaking news did not explain why the Englishman had his contract terminated with immediate effect.

In showing his hand following his appointment in that role almost a year ago, Motaung Jnr has since taken over as the face of the club, conducting interviews with the media and sharing the Amakhosi vision. 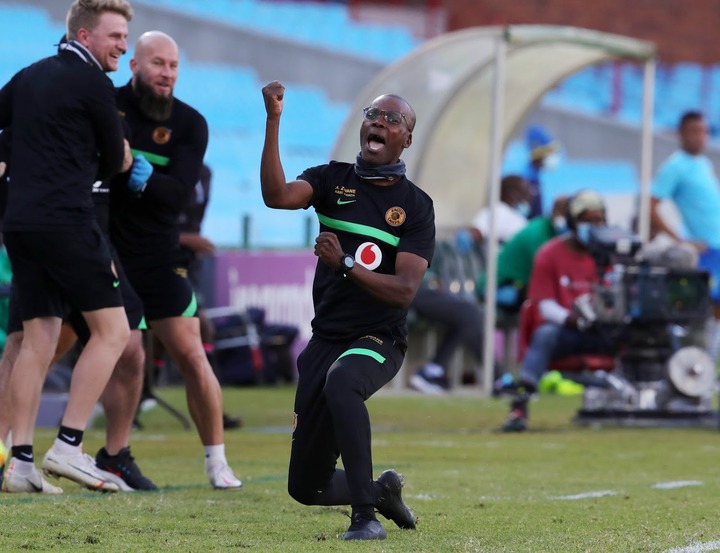 What is becoming clear is that the former striker could very well be the new alpha male at Naturena, begging the question: where is his brother Bobby Motaung?

As the Siya crew reported in February, Zwane had already been lined up as a contingency plan in the event Chiefs made any technical team changes, as unlikely as it appeared at the time.

Sources at the club have informed the crew that “10111” is seen as the perfect candidate to lead a team that has a blend of youth and experience, having been a Chiefs player himself and understanding the culture. 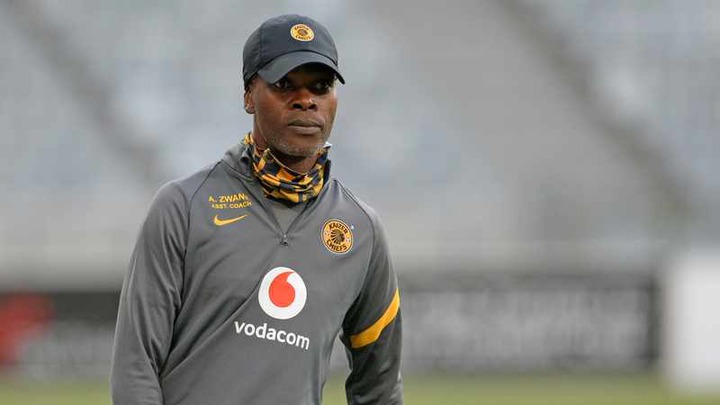 Zwane took over as the club’s reserve league coach (now DStv Diski Challenge) in 2016, grew into the role before being elevated to the senior team as Gavin Hunt’s assistant four years later.

Those in the know have indicated that because of his background, at both development and first team level, Motaung Jnr sees Zwane as the right fit.

Murmurs of Benni McCarthy being shortlisted have also emerged following his exit as AmaZulu FC coach in March – and it’s not the first time the former Bafana Bafana forward’s name has been linked with Chiefs. 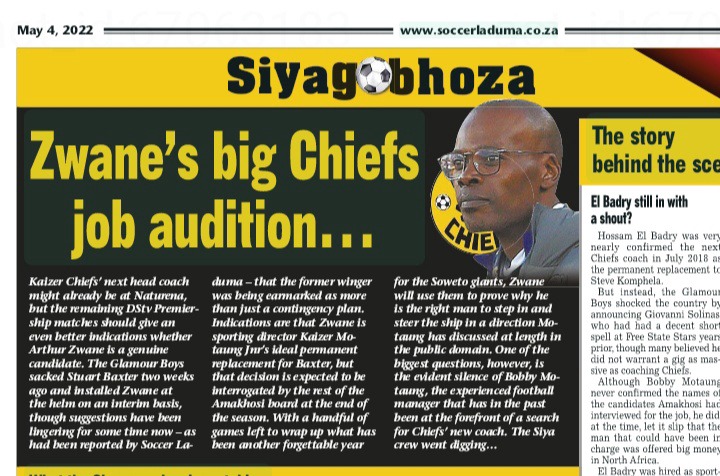 Orlando Pirates new signing promises to make impact at the club.(See who he is)