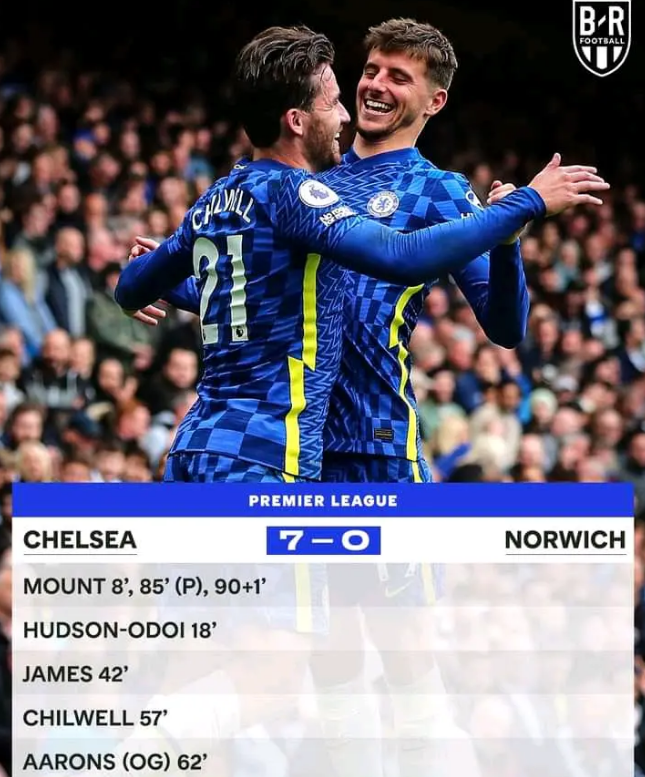 With goals from Mason Mount (hat trick), Callum Hudson Odoi, Reece James, and Ben Chilwell to secure one of London's biggest wins in recent seasons, the blues put on a convincing performance against their opponents. 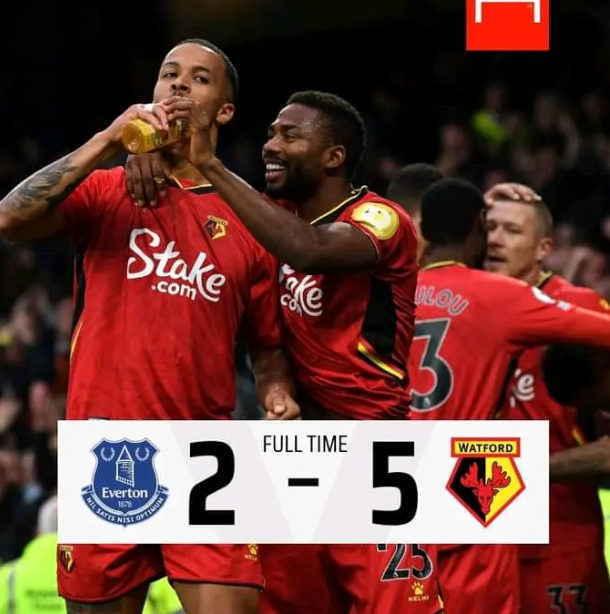 When Tom Davies put Rafa Benitez's team up early on, the Hornets were down a goal. Emmanuel Dennis and Juraj Kucka scored for the visitors before Joshua King scored a hat trick to give the visitors a 5-2 comeback victory over the Meyerside blues. 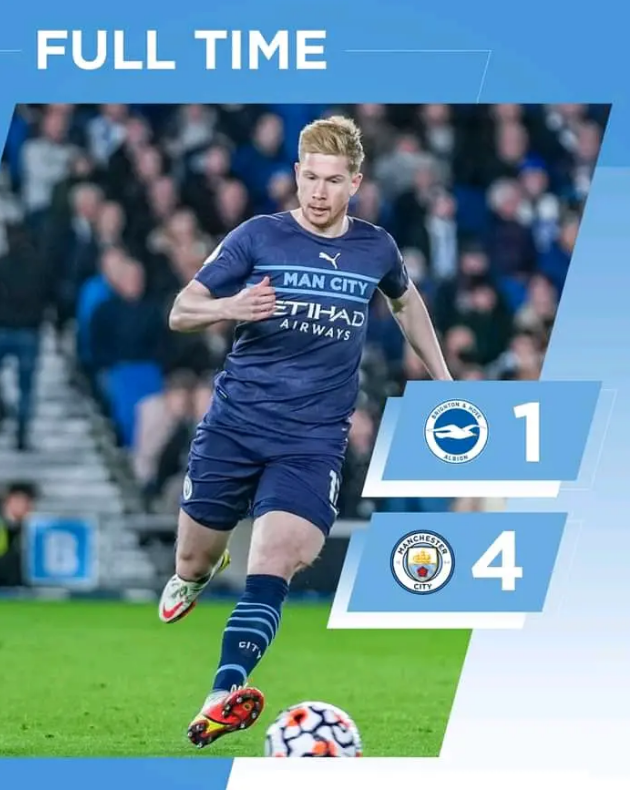 Having just defeated Club Brugge 5-1 in the Uefa Champions League, the Citizens were full of confidence going into this encounter. With goals from Phil Foden(brace), Ikay Gundogan, and Riyad Mahrez, Pep Guardiola's team thumped the Seagulls 4-1 away from home in the English premier league.

After Saturday's games in the English Premier League, here is how the standings look.

Chelsea's rout of Norwich City extends their lead at the top of the English Premier League. Manchester City, who beat Brighton 3-0 on Saturday night, now sit two points ahead of Liverpool in the table. 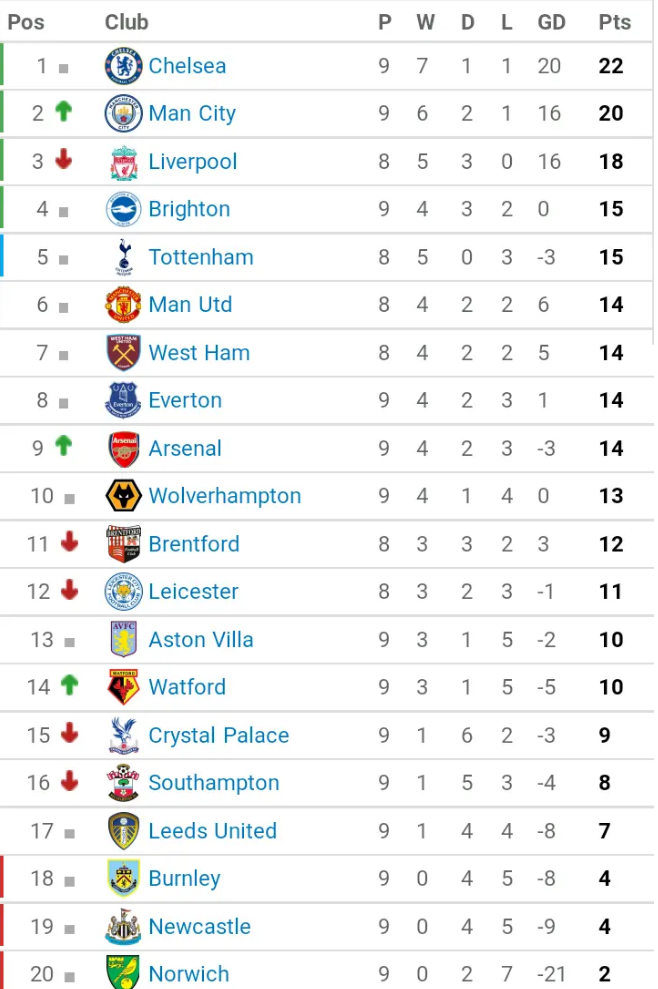 In the wake of their 4-1 loss to Manchester City, Liverpool are now in third place, while Brighton are in fourth place despite their match against Manchester United. Man United are the fourth-placed team, followed by Tottenham, while Arsenal are now in ninth place after their win over Aston Villa on Friday night.

Say your thoughts in the comment box and don't forget to follow me for more interesting updates. Thanks for reading and understanding.