AmaZulu And Gallants Share The Spoils In Replay After Kit Debacle 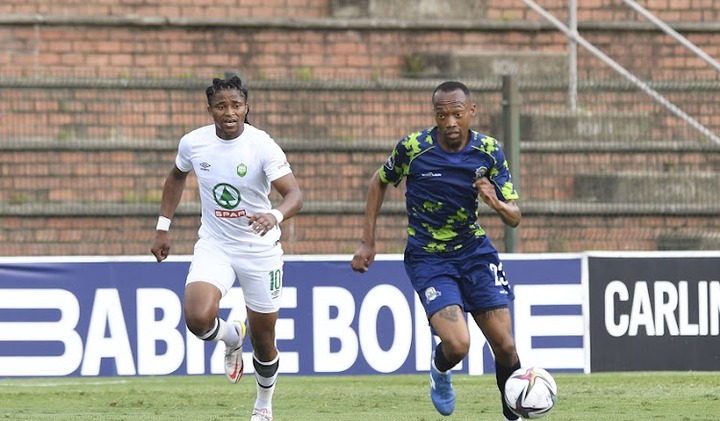 AmaZulu were held to a goalless draw by Marumo Gallants at King Zwelithini Stadium in the much discussed association match that was rescheduled from Wednesday to Thursday evening after a unit calamity including the sides.

The match was at first planned for Wednesday at the Umlazi arena however was deserted nine minutes into the primary half after the AmaZulu seat, players and authorities whined that the two groups were wearing comparable tones.

The failure humiliated the Premier Soccer League and the association's investigator Nande Becker affirmed to TimesLIVE soon after the match was deserted that he would dispatch an examination.

There were no issues with the unit on Thursday and Ndabayithethwa Ndlondlo immediately set up a good foundation for himself as an irksome figure for Gallant as he kept on posing inquiries of the home side. Ndlondlo was a lasting irritation and kept on whipping crosses into the AmaZulu region, setting up promising circumstances for Miguel Timm. Yet, the AmaZulu rearguard held firm and did well to clear the undermining flying balls.

The two groups took as much time as necessary sinking into the game, with AmaZulu maybe the more liquid as far as passing and development, however Gallants offered even more an objective danger in the initial quarter because of the development and energy from Ndlondlo.

AmaZulu attempted to carry their aggressors into the game, with their main exertion on track in the principal half coming from Bongi Ntuli, yet it was effortlessly saved by Gallants 'manager Washington Arubi. Gallants rolled out an improvement in assault toward the beginning of the subsequent half, supplanting Letsie Koapeng with Lerato Lamola, while AmaZulu delayed until the hour imprint to welcome on Xola Mlambo, Augustin Mulenga and Lehlohonolo Majoro to help their hostile catalyst.

Thabo Mnyamane and Lerato Lamola were compelling for Bahlabane ba Ntwa in the subsequent half, outstandingly playing in two or three hazardous crosses which demonstrated problematic for AmaZulu. In any case, similar as the main a large portion of, their strain didn't yield any outcomes and the guests couldn't track down the rear of the net.

Arbitrator Christopher Kistoor gave a yellow card to Gallants mentor Mpho Maleka in the 68th minutes after Maleka fought too energetically for move to be made by the match authorities after a foul on his player Mpho Mvelase.

At last, the match finished in a 0-0 draw with the groups incapable to set out sufficient obvious open doors to dominate the match.

The outcome saw the Gallants stay in sixteenth spot while AmaZulu are 10th on the association standings. The two groups are currently winless in their most recent two matches.

By and large the guests had the better possibilities all through the game, yet couldn't find a course to the AmaZulu objective and break the halt.