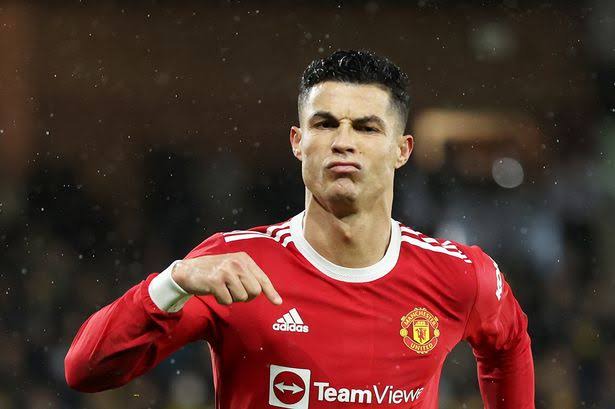 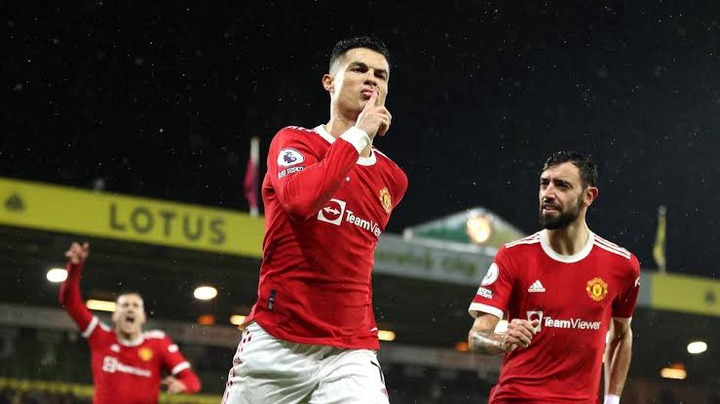 Manchester United is a football club based in England After scoring a hat-trick against Norwich City, Cristiano Ronaldo has passed Tottenham's Harry Kane in the Premier League goal rankings.

Cristiano Ronaldo has scored 21 goals since rejoining Manchester United in the summer.

With a goal against Norwich City on Saturday afternoon, the Manchester United talisman moved beyond Tottenham's Harry Kane in the Premier League goal charts for the season.

After his hat-trick, the Manchester United forward started the scoring with his 13th goal of the season, which was followed by his 14th and 15th goals.

Cristiano Ronaldo also scored six goals for Manchester United in the UEFA Champions League before they were defeated in the quarter-finals by Atl Madrid. With only a few games left in the season, he has a total of 21 goals.

Despite his goals, he continues to face criticism from pundits and other onlookers, but he continues to silence the critics with his goals and efforts, demonstrating that at 37, he still has plenty to give.

With nine goals, Bruno Fernandes is the closest United player to Ronaldo.

Do you think Cristiano Ronaldo will be the top scorer at the end of the season?

Leave a remark in the section below.