Salah and Mane gave Liverpool something to feel proud about after latest 2-0 win at home.(Opinion)

Liverpool played their second leg against RB Leipzig in the Champions league and won the match 2-0 in the end as Salah and Mane scored. 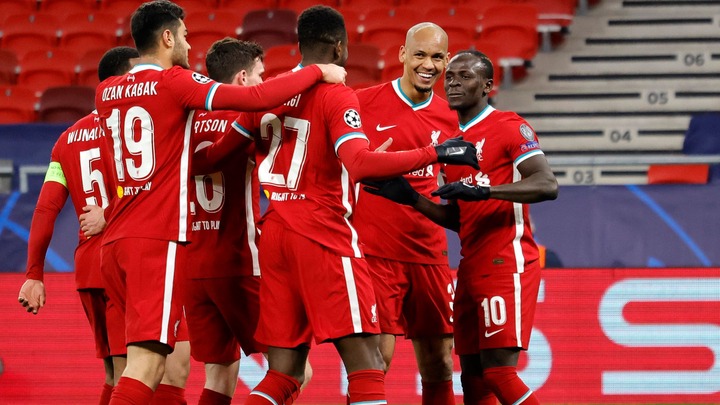 Liverpool played their latest fixture in the Uefa Champions league against RB Leipzig at home, and managed to win the match 2-0 in the end. The match between Liverpool and Leipzig were the second leg tie in the Round of 16 and Liverpool managed to win the two legged tie 4-0 on aggregate. Liverpool won the first leg 2-0 away from home and only needed a draw at home, but the win certainly did Liverpool proud to stand victorious at Anfield. Liverpool had a hard time in recent Premier league matches and suffered quite a few losses at home, and their home win against Leipzig is something to ease the pain as the players have something to feel proud about again. 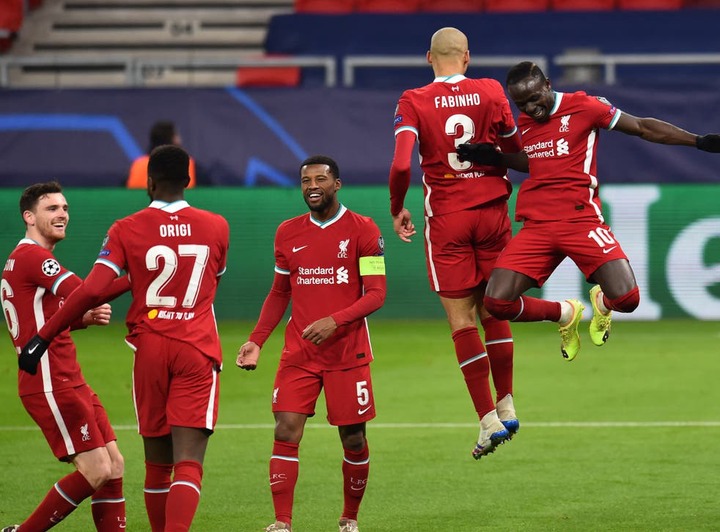 Liverpool opened the scoring in the second half of the match when Mohamed Salah scored the opening goal of the match in the late 70th minute to lead at 1-0. Liverpool managed to extend their lead just 4 minutes later when Sadio Mane found the back of the net in the 74th minute. Liverpool held onto their lead and won the match 2-0 in the end while keeping a clean sheet. Liverpool won the match 4-0 on aggregate as they have not conceded once in the two legged ties. 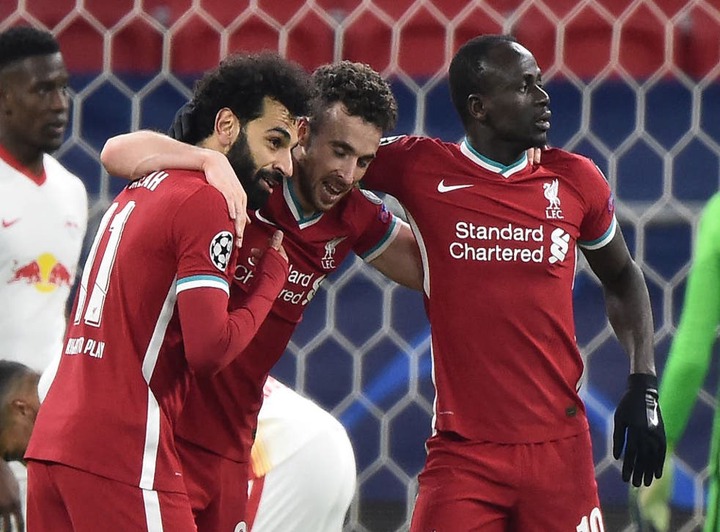 Liverpool's win against RB Leipzig sees them off to the quarter finals in the Uefa Champions league as they dream continues in the competition. RB Leipzig on the other hand will be on their way to play their next Uefa matches in the Europa league competition, after they failed to score any goals against Liverpool in two matches. 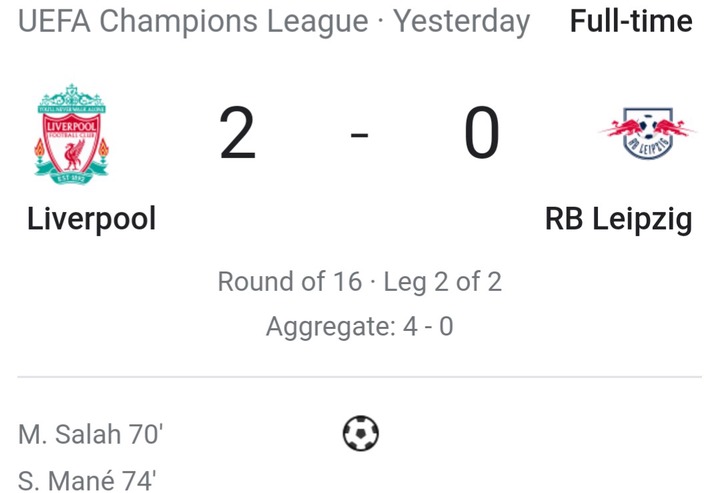 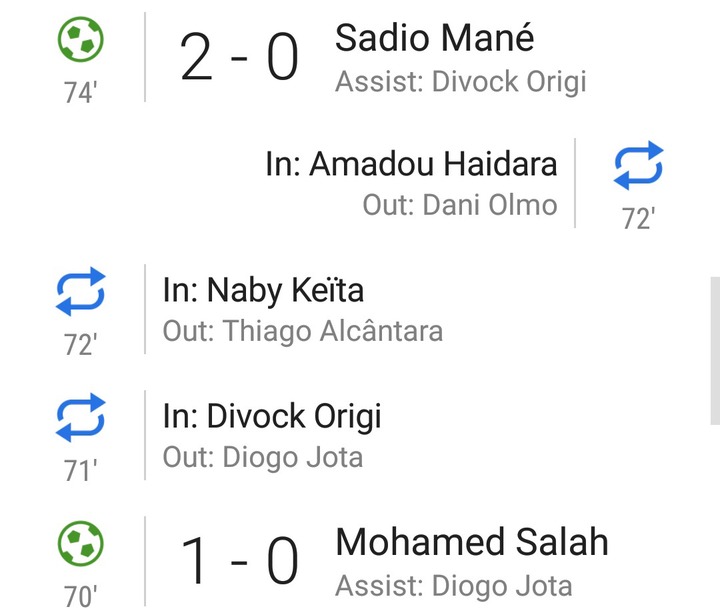