In the Tunisia vs Mali match, Janny Sikazwe prematurely blew the final whistle on two separate occasions. He was taken to the hospital because he had heatstroke and severe dehydration.

A goal by Zambian Janny Sikazwe ended Tunisia's game against Mali 13 seconds before the 90th minute, so the game was over.

On his way back to Zambia, he told the media about how some referees couldn't come home from work in another country.

"Thank goodness I didn't fall into a deep sleep. Would have been very different:

"Think God told me to stop the game. He came to my help."

Essam Abdel-Fatah, head of referees for the African Cup of Nations, said that Sikazwe, who also refereed at the 2018 World Cup in Russia, did a good job because he was suffering from the heat and humidity in Limbe.

There have been problems at the tournament because of Cameroon's weather conditions. Some games have been played in temperatures over 30C and high humidity. Algeria blamed them for their 0-0 draw with Sierra Leone. 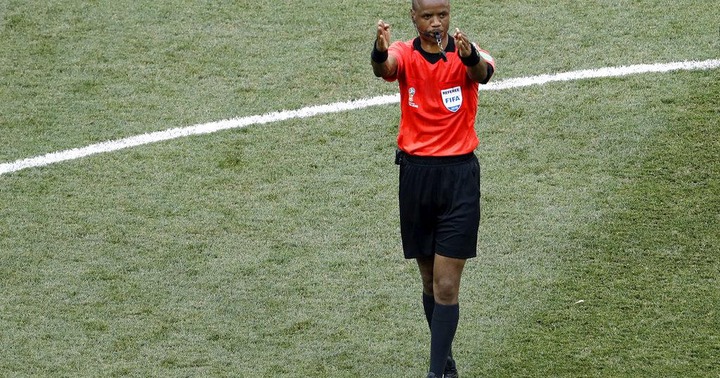 Sikazwe said that the doctors who looked at him after the match said that he had a short amount of time before he could go into a coma. It could have been the end, he said.

Ronald Simwanza and Peter Mambo, a patron of the Zambia Sports Fans Association, were at the event, as well. So, Sikazwe told the story of how things were different for him that day. He couldn't hear what other officials were saying during the match.

It got even worse in the second half, he said, to the point where he could hear strange voices again. There were times when I couldn't hear anyone and even the communication device got too hot and I wanted to throw it away, so I couldn't tell the fourth official to keep the match going if I couldn't.

"This is how bad things were in this case." It was also shocking to hear from Sikazwe's friend that he had ended the match early because he was talking to people who told him to.

"I don't know if I was talking to myself, but one thing I know for sure is that Zambians are lucky to have me here today." Sikazwe said that he has learned from his mistake and will come out even better. That's what I now think. We didn't do well." In the end, we didn't get what we were looking for. However, what's important is to rise up.

Sikazwe went to the hospital the next day after the Tunisia-Mali game to get heart, blood, and physical tests. All of them came back normal.