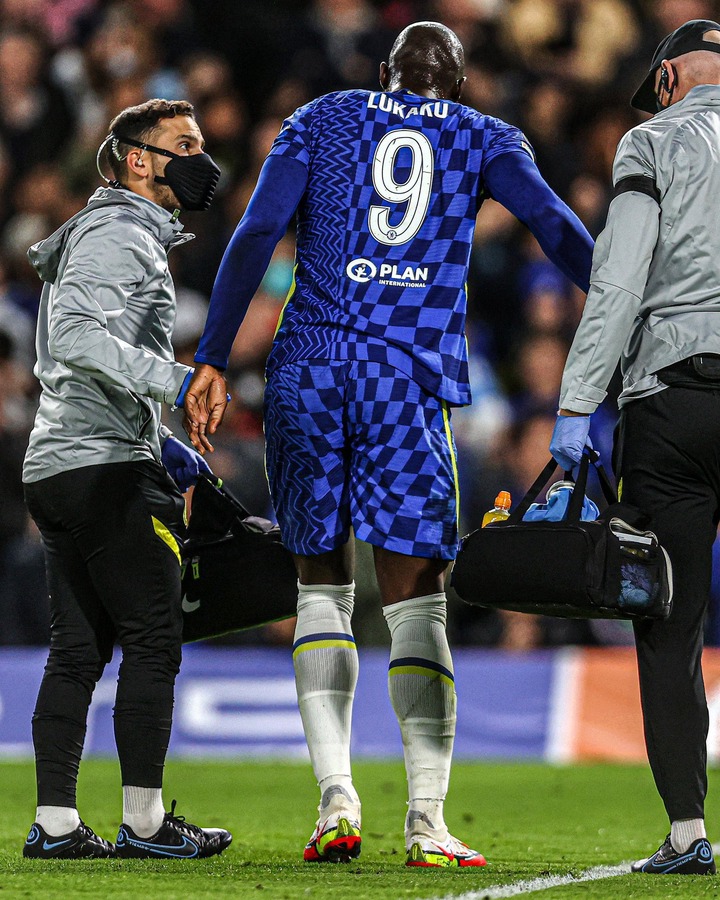 The Belgian forward got an early injury leading him to be substituted on the first half.

After undergoing a series of tests on Thursday, Chelsea are hopeful that Romelu Lukaku has averted a severe injury, with hopes that he will only be out for two or three weeks.

After a foul from Lasse Nielsen in the Blues' 4-0 win against Malmo on Wednesday night, the 28-year-old striker sustained swelling but no severe ligament damage to his right ankle.

The following stage is to see how the £97.5 million ($136 million) Internazionale signing responds to therapy in the coming days, and Thomas Tuchel will provide an update at his press conference on Friday. "With the foul in the box, Romelu twisted his ankle, and Timo has a hamstring issue," Tuchel said Wednesday night. "It'll take a while for them both." We'll need further tests to be more precise, but they'll be available for select matches."

"I was really worried because Romelu is a player who really wants to play and the fact he was lying on the pitch for so long after the penalty, it doesn't look good to me since he is someone who immediately rises up," Lukaku's agent Federico Pastorello told SkySports regarding his client's injury.

"I was with Petr Cech and told him while watching the game that I was worried about him being down for four minutes since he isn't one to make a fake drama."

"When he stood up, I thought that was a bad indication, and now we're waiting for the results of the exams, so we'll know more shortly."

"However, if you look at the photographs and video of the accident, the ankle is truly under the weight of the body, but he is a strong lad who wants to play every game, so I am sure he will be back stronger soon."

"He was on fire, but he's really focused on getting better as fast as possible."

"He gets his physio at home, so he works hard every evening even before he goes to sleep, so if he has to come back, it will be sooner than expected."

Due to a hamstring injury suffered on Wednesday, the Blues will be without another striker, Timo Werner, for the forthcoming Premier League match against Norwich City at home.

That's ahead of games against Southampton, Newcastle, Malmo, and Burnley in the run-up to the November international break.

Christian Pulisic has been out for well over a month with a 'painful' ankle injury.

Chelsea still has options with Kai Havertz, Mason Mount, Callum Hudson-Odoi, and Hakim Ziyech all available despite the absence of three forwards.