Opinion: Signing Cristiano Ronaldo Was One Of The Reasons Why Ole Gunnar Solskjaer Got Sacked

By VisionPen (self media writer) | 13 days ago

One of Manchester United's most important signings in a long time. In Cristiano Ronaldo's second debut at Manchester United, the legendary football player made an emphatic return to Threat of Dreams. He scored two goals against Newcastle and got the fans excited. The team looked very happy to play with him and the fans adored him. 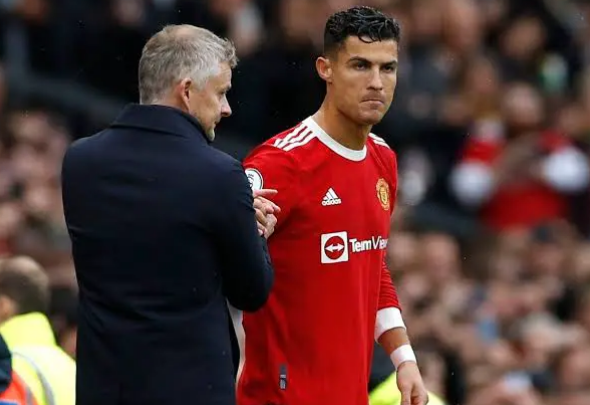 The stadium was overflowing with the idea of ​​championships. Ronaldo wins championships wherever he goes and he won't settle for anything less. Both of these statements are true, but the latter ultimately resulted in the dismissal of Ole Gunnar Solskjaer.

When you sign Ronaldo (along with Jadon Sancho and Raphael Varane), you no longer have an excuse. You have to win something or at least challenge other teams.

When you sign one of the world's best players and personalities in the locker room, there can be no discussion about a lack of talent or leadership at the club.

Solskjaer's tenure at United has been a series of excuses. Although he failed to win any trophies or fight for the league, he was rewarded with a new contract and it looked like he would be given an unlimited number of chances.

The Portuguese football player changed that. Would he play in the UEFA Europa League if the opportunity presented itself? No way! Would the man nicknamed 'Champions League Varane' be content to be eliminated from the competition in the group stages of the tournament? I do not think so.

Even if you exclude all of Ronaldo's major late goals and match-wins, he set the bar so high at United that Solskjaer would never have survived.

His presence increased the pressure on the Norwegian tactician and showed how unqualified he was for the position. If United manages to replace Solskjaer with a competent, senior manager, Ronaldo could be among the club's two most important signings.

4 Footballers That Lied About Their Age (Photos)